The Work We’ve Been Given To Do 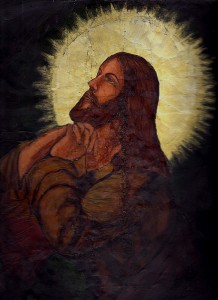 “Father, the time has come. Glorify your Son, that your Son may glorify you.” ~John 17:1

Jesus begins his very public prayer at the end of that last meal with his disciples acknowledging that the time for him to die, to glorify the Father in a selfless act of unconditional love, was at hand. The hour had come. It was here. It was time. The prayer is certainly set in and around the context of his impending death. But for a brief moment at the beginning of this prayer, Jesus allowed himself room to reflect for a moment on his brief earthly life and ministry.

“I have brought you glory on earth by completing the work you gave me to do. I have revealed you…”

Jesus always told people if you had seen him, you had seen the Father. If you knew Jesus, you knew the Creator of Heaven and Earth. Yes, Jesus revealed God to the world. Jesus reveals God’s glory. Jesus allows us to see God. Jesus allows us to experience God. Jesus’ compassion shows us God’s compassion. Jesus’ mercy shows us God’s mercy. Jesus’ gentleness shows us God’s gentleness. Jesus’ intolerance for religious people who judge others and think they’re better than everybody else shows us God’s holy intolerance for religious arrogance and pride. Jesus’ love and forgiveness shows us God’s great love and forgiveness. Revealing God — this was a large part of the work God had given Jesus to do.

The time has come for us to complete the work we’ve been given to do, to reveal the love and grace of Almighty God to a world that does not know him. If we don’t, who will?

I’m not playing “Taps” for the Rangers just yet. It’s not completely over. But this team is on life support. They’re barely breathing. The family’s been called in. The grandkids are gathering photos for the slide show. It’s not looking good.

The Rangers have lost four straight and nine of their past eleven games. They have been shut out — zero runs! — in three of their past four games. The Rangers haven’t scored a run in 21 straight innings. They have scored three runs or fewer in twelve of their past fifteen games and hit .177 with runners in scoring position during this same fifteen game stretch, including yesterday’s 0-3 showing in Cleveland. As of this very moment, Texas is six games back of Oakland in the AL West and fourth in the Wild Card standings. Worse than that, yesterday marked the 30th consecutive day the Rangers have not made up ground in the division. They’ve gone a full month now either staying put or losing ground to the A’s.

I’m still convinced that Nelson Cruz will be suspended this coming weekend, probably Friday, for the remainder of the season. So now the Rangers need at least two or three brand new bats, not just one or two. I was hopeful that the Garza signing would spark something in these guys. No, it hasn’t. And I’m afraid Ron Washington’s 45-minute closed door team meeting after yesterday’s embarrassing effort won’t do it either.

We’ll know for certain this time next Monday whether to pull the plug on this team. Texas plays the Angels in a three-game set in Arlington beginning tonight and then go head-to-head with the A’s in Oakland this coming weekend. So, come Monday, we’ll know.

It’s been three or four years since Cowboys pre-season football was more interesting than watching the Rangers.