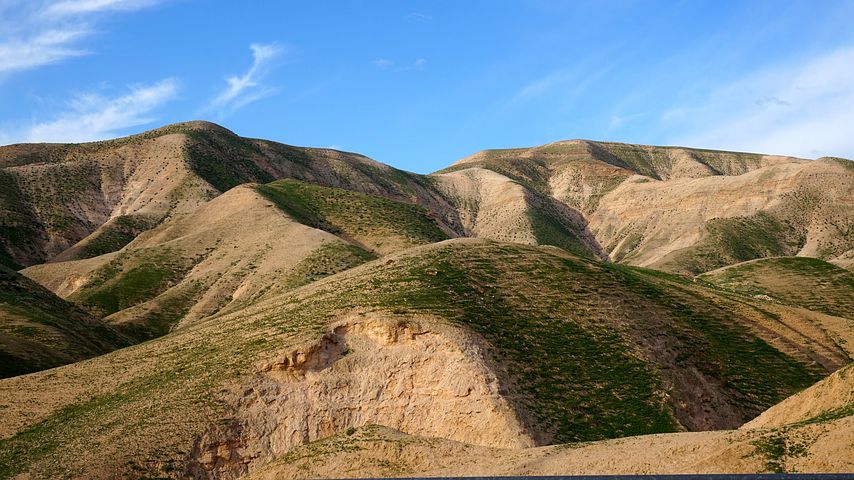 A Table Before Me 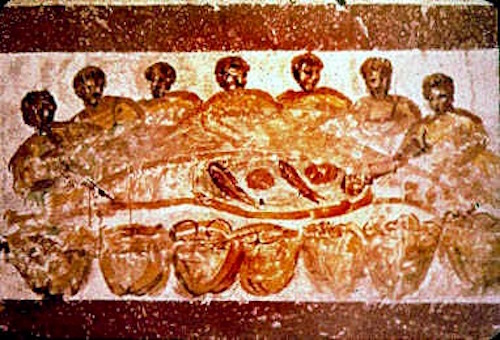 “You prepare a table before me in the presence of my enemies.” ~Psalm 23:5

The central image in the great 23rd Psalm is the prepared table, an obvious symbol of provision and honor. The fact that our Shepherd/King provides for us and honors us “in the presence of my enemies” paints a beautiful portrait of our God’s protection and blessing while we journey through life on earth. A life lived in the presence and power of God is still life lived in a world not yet restored to the wholeness he intends. So, even though we presently experience his divine presence and reward, we are still among enemies.

We should recognize that being in Christ doesn’t mean the troubles, cares, pains, and dangers of this world are removed from us. We remain “in the presence” of our enemies. However, we should ask ourselves and reflect on the ways, day after day, our Father is setting a table for us in the presence of those enemies.

One of those ways our Lord protects us and provides for us is in acts of love and service done for us by our Christian brothers and sisters. When the culture and the world seek to taunt us and tear us down, we find comfort and strength in the handshakes of friendship, the hugs of caring, the community of fellowship, and unity in the blood of Jesus.

These acts of love toward us become tables prepared by God – through his people – in the presence of our enemies who want to ridicule us and steal away our hope.

God prepares the table of provision and protection and honor. I challenge you, today, to become a caterer at that table. Join our God in setting tables of blessing for those we know and love who are currently surrounded by enemies.

Not as Our Sins Deserve 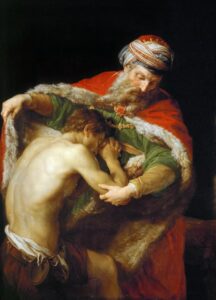 There is no image more enduring in all of Jesus’ parables than that of the father in Luke 15 running down the road to embrace his prodigal son. And as memorable as that part of the story is for us, it must have been doubly striking to Jesus’ audience of Pharisees and teachers of the Law. God’s Law states clearly in Deuteronomy 21 that a rebellious son who brings disgrace to his home and his village must be taken to the city gates and stoned to death.

Yet this father ran to hug him and kiss him. He draped his arms around his son and they walked together to the father’s house. Shocking!

If anybody had attempted to stone this son, they would have hit the father who was embracing him. What a foreshadowing of what Jesus did for us at the cross! The great shepherd guards his sheep. He protects them. He provides for them. And he sacrifices his own safety and reputation and welfare for them.

Had the boy been dealt with according to the Law, there would have been a funeral, not a feast. Praise God, our Father, for his mercy and love and grace!

“He does not treat us as our sins deserve or repay us according to our iniquities.
For as high as the heavens are above the earth,
so great is his love for those who fear him;
as far as the east is from the west,
so far has he removed our transgressions from us.
As a father has compassion on his children,
so the Lord has compassion on those who fear him.”
~Psalm 103:10-13

“Do not put your trust in princes,
in mortal men, who cannot save.
When their spirit departs, they return to the ground;
on that very day their plans come to nothing.

Blessed is the one whose help is the God of Jacob,
whose hope is in the Lord our God,
the Maker of Heaven and Earth, the sea, and everything in them –
the Lord, who remains faithful forever.”

Commit Your Way to the Lord 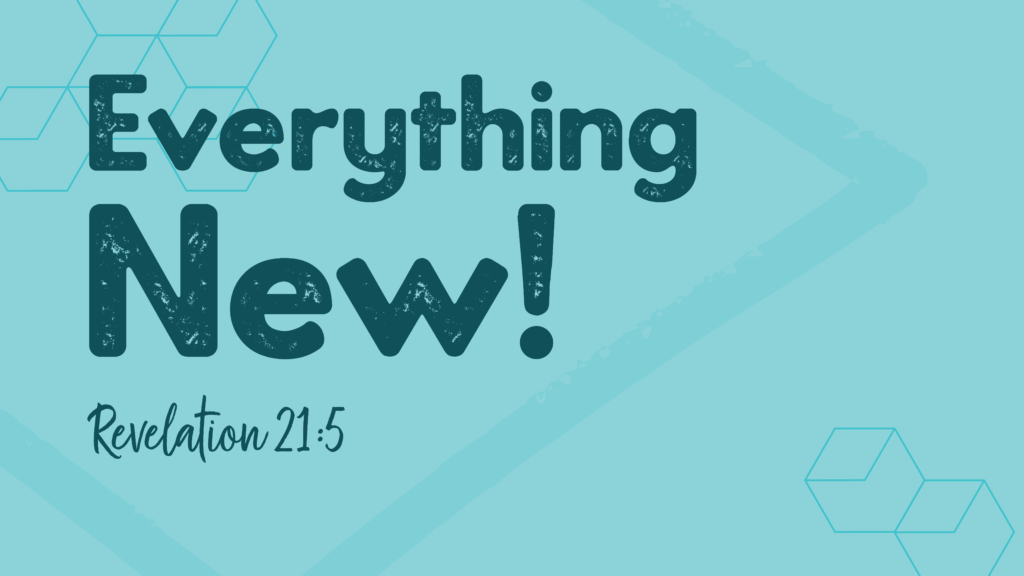 We just finished preaching through Naomi and Ruth’s story here at Central as a way to visualize moving into 2021 with our God and with one another. It’s easy for us to relate to these two widow ladies because they suffered great loss during the days of the judges, when the social and political landscape was an absolute mess, and they were dealing with a famine, a national natural disaster that was causing the death of many people. Tough times. Feels familiar.

When Naomi details her plan for their financial and familial security in Ruth chapter three, Ruth replies, “I will do whatever you say.” That reminds me of the first time God gathered his people together at Mt. Sinai and gave them his commands. The people all responded together, “Everything the Lord has said, we will do!” That’s what Mary, the mother of Jesus, told the angel Gabriel: “May it be to me as you have said.” That’s what Jesus said to our Father on that last night in the Garden of Gethsemane: “Not my will, but yours be done.”

It seems like the correct response to a powerful line in Psalm 37: “Commit your way to the Lord; trust him and he will do this.”

Ruth and Naomi and Boaz each had their own struggles, their own issues. But in the middle of their own problems they showed an uncommonly selfless love for one another. Each one showed extraordinary care and concern for the other two. And they had plenty of differences between them. There were background and culture and nationality differences, gender and language and social status differences — a lot of differences here with a lot of stress and pressure on top. There’s plenty of room for disagreements and arguments here. Selfish behavior would be understandable, it would be expected and probably excused. But they each show this incredible compassion for the other two, even at great personal risk.

And God moves them and he moves their story from famine to harvest, from emptiness to fullness, from hopelessness to promise, and from devastating death to everlasting life. That’s how it happens. When we trust him and his ways, God makes it happen.

Our God has already inaugurated the new creation through the life, death, and resurrection of Jesus Christ. Jesus has been raised and exalted, he is seated at the right hand of the heavenly Father in eternal glory where he reigns supreme today and forever. That assures you and me that death will be destroyed, that creation will be redeemed, and that God’s people will be restored to righteous relationship with him and with one another forever. All of that is happening right now and you and I are the instruments of that transforming work. Through us, the Kingdom of God breaks into the world for healing and reconciliation and justice and peace. Christ’s Church is a witness and a community that embodies the Kingdom of God as present and real. We are participating in God’s everything new and we are a sign of God’s everything new. We are both the promise and the presence.

Just like he works in Naomi and Ruth and Boaz, we trust the Lord is working in us and through us to still make amazing things happen. God is still at work when parents make sacrifices for their children and when children go out of their way for their parents. God is still at work when strangers open up their doors and their hearts and their lives to other strangers. When people cross the barriers of race and culture and class without a second thought, when people rise up to defend and protect the marginalized, when we move to understand instead of accuse, when we love and forgive and accept first, when we put the needs of others ahead of our own — God will move you and he will move this world from emptiness to fullness, from division and violence to unity and peace, and from darkness and death to everlasting light and life.

I am confident that he who began a good work in you and in this world will carry it on to completion until the day of our Lord Jesus. The one who calls you is faithful and he will do it. Commit your way to the Lord; trust in him and he will do this.

Songs in the Night

“Behold! Bless the Lord, all you servants of the Lord 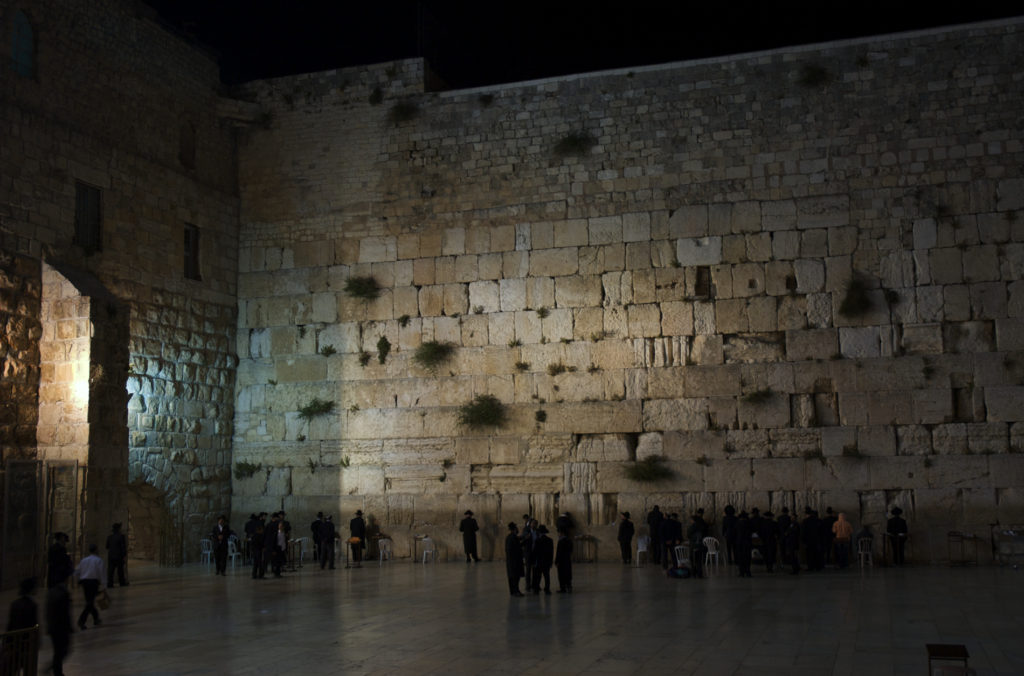 who minister by night in the house of the Lord.
Lift up your hands in the sanctuary
and bless the Lord.
May the Lord, the Maker of heaven and earth,
bless you from Zion.”

It is nighttime at the temple. This psalm describes nighttime worship in the presence of God. King David had set things up so that God was worshiped around the clock at the temple, during all hours of the day and night. If you look at Psalm 92 and a couple of places in 1 Chronicles, you see that the temple choirs and praise bands blessed the Lord all day long and through the night. I know when you’re in church on Sunday morning you’re constantly glancing at your watch, you’re leaning over to the person next to you: “When is this over?” If you were in the temple in Jerusalem and asked a priest, “When is this over?” he would say, “It’s not! It’s never over! From the rising of the sun to the place where it sets, the name of the Lord is to be praised!”

This 24-hour worship in the temple, this around the clock praise in the presence of God, is symbolic. It’s supposed to communicate certain realities that we can’t always see.

One of those realities is that our God never sleeps. Our God is 24/7. The pagan temples of this time always closed down operations at night because the god(s) needed to sleep. Remember Elijah talking trash to the priests of Ba’al on Mount Carmel? “Why is your god not answering you? Maybe he’s taking a nap!”

It also reminds us that God gives us songs in the night. When it’s dark. When times are tough. When you can’t see your way. When you can’t do anything else. You can always praise God. In fact, that’s probably the best thing you can do: bless the Lord. Even in the night.

Psalm 42 says by day the Lord directs his love, at night his song is with me. Psalm 77 claims that we remember our songs in the night. Job’s friend mused, “Where is God my Maker, who gives songs in the night?” David sings in the darkness of the cave while his life is in danger. Paul and Silas sing while they’re suffering at night in the Philippian jail. Jesus and his disciples sang a hymn while they walked to Gethsemane on that terrible night.

When you are sound asleep, God is being praised. And in the depths of your darkest night, you can always praise God.