The Day the Fire Came 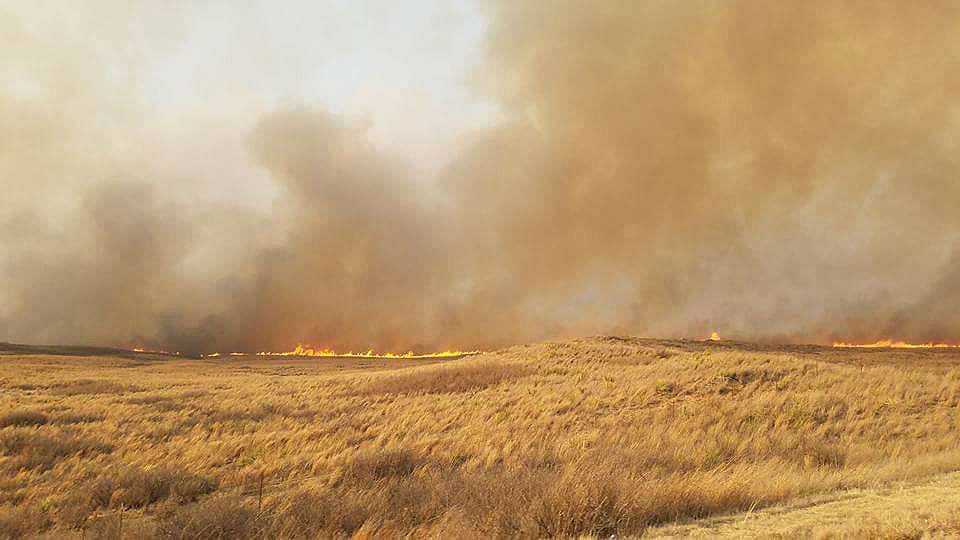 I want to draw your attention to a fantastic piece of writing in the current issue of Texas Monthly. Skip Hollandsworth has outdone himself in the way he tells the story of the wildfires that ravaged the Panhandle this past March. The piece is titled, “The Day the Fire Came: A Tale of Love and Loss on the Panhandle Plains.” You can read the whole story, view the outstanding photographs, and see the beautiful videos by clicking here.

Thirty-two different wildfires raged across the Panhandle on March 6, scorching 1.2-million acres, burning to death more than two-thousand cows, and doing tens of millions of dollars in damages. The fires also claimed the lives of four young Texans: 20-year-old Cody Crockett, a cowboy on the historic Franklin Ranch near Lefors; Cody’s girlfriend, 23-year-old Sydney Wallace, a nurse at Amarillo’s BSA Hospital; 35-year-old Sloan Everett, Cody’s boss; and 25-year-old Cade Koch who got caught in the smoke and the fires while driving from Canadian to Lipscomb to check on his pregnant wife.

It was a tragic day. The three main fires that did the most damage each measured up to three miles wide, with flames more than 20-feet high, moving across the plains at upwards of seven-miles-per-hour. It was devastating.

Hollandsworth tells the story through the eyes of those at Franklin Ranch who knew and loved Cody, Sydney, and Sloan — their parents, best friends, church friends, co-workers, classmates. The families gave Skip unlimited access to every facet of the stories. And he writes it with compassion and heart, capturing the grit and the glory, conveying the pride and the pain.

You’ve got to read this story.

We didn’t see any flames that day here in Amarillo, but we saw and felt the smoke. For a couple of days we experienced the smoke and felt the anguish of what had happened just a few miles away. And for the next several weeks, all of us were inspired by the outpouring of love and support from seemingly every rancher in all 26 Panhandle counties. The Canyon E-Way and I-40 were jammed with massive trucks bringing bales of hay and even, in a few cases, some head of cattle to the affected ranchers. It just kept coming. We shared Bell Avenue and Coulter Street red lights and intersections with these ranchers who drove two or three hours to donate their own goods and supplies to help those who had been harmed by the fires. And I was moved.

I was also moved by Hollandsworth’s story.

You know, I’m not a cowboy. I’m a city Texan. I’m as urban as they come. The last time I rode a horse was when I was nine or ten-years-old, on my granddad’s farm in Canton. He would walk along as my sister and I rode his old nags, Dollie and Sookah, around in a slow circle. I’ve only owned one pair of cowboy boots in my life — a pair I received for free as part of a promotion from a Dallas tire dealer when I bought a set of tires for my 1974 Monte Carlo. The boots were uncomfortable. I only wore them once or twice a year as part of a costume or special dress-up day at school. I threw them out when I went to college and can’t imagine any circumstance where I’d ever own another pair. I’ve never roped a calf, I have no appetite for country music, and I think I would absolutely freak if I ever saw a rattlesnake in the wild.

I feel like an outsider in the Texas Panhandle. I have for the past six years. 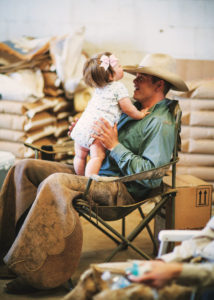 But let me tell you this. There is something romantic, something transcendent, something unique and extraordinary about the rugged beauty of this place and these people. I appreciate it, and them, more and more every day. Hollandsworth’s story about those fires and the men and women who survived and the four who didn’t brought out of me some strong and surprising emotions.

I first read the story online — I check Texas Monthly’s website at least once a week. Then I read it again last week when my issue arrived in the mail. And I was blessed by a bonus that only subscriber’s to the magazine get. Jeff Salamon gives us five paragraphs, in Hollandsworth’s own words about Hollandsworth’s experience while interviewing real Panhandle cowboys for the story. Here are his last lines:

“It’s easy to buy into the myth that the cowboy life is gone. But in fact, it’s thriving in the Panhandle. There are so many kids whose lives are devoted to becoming a cowboy. Texas has become such an urban and suburban state. But no matter how interesting people are in our cities, there’s nothing like a Panhandle cowboy. They are real and unyielding, and as the story points out, they are honorable. The question I had going into this piece was, ‘Why would these three young people run toward the fire to save those cattle?’ And the answer to that question is what this story is about: the love of, and devotion to, the cowboy way.”

It’s a good story. You should read it.