The Window is Closed 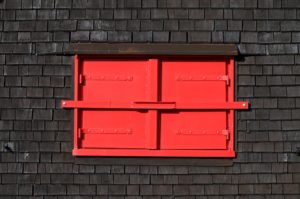 I hate it. It makes my stomach hurt to realize it. My heart weighs four tons in my chest as I type these words. We could see this coming for the past two years but, now, today, the reality is sinking in. And I hate it.

We missed our window.

This eight or nine year opportunity for the Texas Rangers to win a World Series is over. The dramatic playoff wins were thrilling, the gut-wrenching postseason losses were devastating, the overall success for the Rangers in this current decade has been phenomenally unprecedented and a lot of fun. But it’s over now. The window is closed. We missed our window.

Yesterday’s trade deadline deals signaled the official end for this current group of Rangers and, just as certainly, for this current Rangers era. Yu Darvish, the spectacular but fragile ace, was dealt to the Dodgers; Jonathan Lucroy, who never came close to producing what we hoped, was sent to Colorado; and Jeremy Jeffress — who? yeah, I know — was shipped back to Milwaukee.

Give General Manager Jon Daniels credit: he goes for it all-the-way.

After the incredible Game Six loss to the Cards in the 2011 World Series, Daniels put the pedal down to get back to the championship level and finally take the franchise’s first trophy. He spent millions of dollars to sign Adrian Beltre and Yu Darvish and Cole Hamels. He brought in Prince Fielder, Shin Soo Choo, and Carlos Beltran. But since Nelson Cruz misplayed that ball in right field, the Rangers have won two division titles and zero postseason series.

And now it’s over.

Darvish was the team’s ace. It just didn’t work out. He worked 200 innings only once in his Rangers career. He made only two postseason starts, both losses, failing to get to the seventh inning both times. He spent four stints on the disabled list. And this year his record is 6-9 and his ERA is over four.

No. The window is closed. 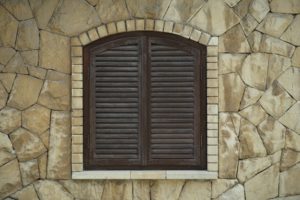 The Rangers go into next spring with no outfield, no bullpen, and only one starting pitcher. The infield is this team’s only strength and it’s got a guy at first base in Gallo who might lead the league in both homeruns and strikeouts, a major question mark at second base with the inconsistency of Odor, and two aging superstars at short and third with Elvis and Beltre.

We missed the window.

I’m not sure why Daniels didn’t do more yesterday. Those three trades netted a total of just five prospects when this team needs about a dozen. I would have done anything to get Shin Soo Choo off the roster — pay another team part of his salary, whatever it takes. Could Elvis not help a playoff team in the National League? In my mind, anybody over the age of 25 not named Adrian should have been on the trading block. Maybe they were. The Rangers aren’t exactly in a position of strength right now.

My hope is that Daniels isn’t trapped in a place of thinking they’re just one or two players away, they’re just one lucky break removed, from being a contender. They’re not. And I think he knows that. This team is in for at least four or five years of some bad, bad baseball. We’re going to have to watch two or three 90-loss seasons. It’s going to be brutal. But it’s exactly what is needed.

Remember how fun they were to watch in 2010 and 2011? Remember the Royals from three or four years ago? Look at the Astros today. Young, homegrown, locally developed talent with a healthy mix of three or four free agent contributors. You don’t do that overnight. After chasing the pennant hard for the past eight or nine years, the Rangers farm system is depleted. There are no front line starters down there. No pitchers at all. It’s going to take some time.

The window is closed. We missed our window.