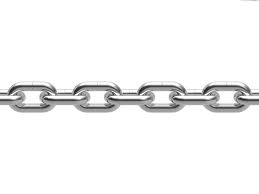 I’ve been told that a preacher doesn’t really start ministering to his church until he’s been there for five years. He can’t really do much until he’s reached that point. The wisdom goes that for the first two years at a church the preacher can do nothing wrong; for the next two years the preacher can do nothing right; and it takes the whole fifth year for him to realize what God’s called him to that particular congregation to do.

I want to be a guy who sticks around a long time.

In  a beautiful ceremony marked by both laughter and tears, prayers and pledges, we ordained our three additional shepherds here at Central yesterday. Scott and Larry and John Todd were charged and blessed appropriately and encouraged vigorously as they accepted the calling and the responsibilities that go with it.

And John Todd Cornett painted an exquisite portrait of the benefits of sticking around. He’s been here a while.

Thirty-three years and one day earlier, as a young boy of 12, John Todd was baptized by his dad in the Central chapel. His parents’ good friends, Leon and Marilyn Wood, were there. Of course, they were always there; always had been. Leon brought his toolbox over to the Cornetts’ house all the time to fix things and make general repairs because John Todd’s dad wasn’t very handy in those ways. John Todd would follow Leon around as he worked on a cabinet or replaced a leaky faucet. When John Todd was given a little toy toolbox for his fourth birthday, he called it his “Leon.”

As a whole lot of us were, John Todd was awarded a brand new Bible by his church when he graduated high school in 1985. Of course, it had the signatures of all the Central elders on the inside cover. And he still carries that same Bible, the one with the names.

Yesterday, our church family publicly acknowledged John Todd as a shepherd at Central, gifted and called by God’s Holy Spirit to this ministry at his home congregation. He and Scott and Larry join an outstanding group of faithful and godly men that includes Leon Wood. John Todd and Leon are now serving God’s church at Central together as elders. Former elder Warlick Thomas read our Scripture from 1 Peter 5 yesterday and led our congregation in a prayer of thanksgiving for our shepherds. Former elder Shelby Stapleton presided over the Lord’s Meal. Former elder Jack Vincent was chosen to lead our benediction. Former elder Bill Johnson’s widow, Sue Johnson, was one of the first ones to hug John Todd after the assembly. Now, John Todd is one of their elders. And, yeah, John Todd would roll his eyes and stop me from even finishing that sentence if he were here in my office right now. But it’s true.

Naturally, he thanked those men and others in our church family who have had such a profound impact on his life. And it was nice. Touching. But then he addressed the high school kids. John Todd leaned over the stage toward where our young people were sitting, and spoke directly to the young boys. Most, if not all, of these boys, John Todd has mentored and taught over the years in our Muddles program. He knows these boys. All of them. He loves them. And he spoke to them. He urged them to see themselves as God sees them. He begged them to find older men in the congregation who would pour into their lives. He asked them to be open to how the Spirit would use other men in our church to shape them and transform them into the godly leaders our Father wants them to be.He showed them the holy link, his connections to the ones who had gone before him and the ones he was talking to right then who were coming up behind. He told them they had the same connections and responsibilities. It was perfectly beautiful. And we all got it.

There’s something really, really special about sticking around. There’s a symmetry there, an eternal circle that’s evident when one sticks around.

At Jerry Humble’s funeral earlier this month, two of Bill’s former students at ACU, a missionary and an elder here at Central, presided over the service in the same chapel where Bill and Jerry had worshiped on their first trip to Texas from Missouri back in 1946. So long ago Bill had poured his love and knowledge into them. Now they were pouring their love and comfort into Bill.

It happens all the time around here. It testifies to the faithfulness of our God. It’s a witness to our Lord’s loyalty, to his patience, to his enduring promises that never fail. The history of the people in this place together is a gift from our Father. It reminds us of the steadfast nature of his love. It’s an increasingly uncommon thing in our increasingly mobile and individualistic culture and society. I’m so blessed to see it and experience it fairly regularly around here.

I pray our God will work in ways that compel more and more of us to stick around.