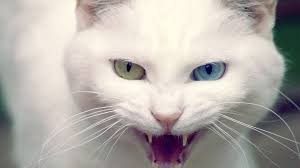 I believe the line a little over halfway through our sermon Sunday went something like this:

No, there won’t be any cats in heaven. Are you kidding me? Cats are reserved for the fiery lake of burning sulfur; that’s where cats are going.”

Not everybody thought that was funny. When I said it, it certainly sounded like everybody thought it was funny. But more than a couple of good, faithful Christians here at Central took issue with my comment about cats. A few mentioned it to me after the assembly. A few of you sent me emails yesterday questioning my theology and my character. And one very sweet and kind dear sister told me yesterday she had planned to make a banana pudding for my birthday but, after Sunday’s comment about cats, has decided against it.

Look, my Lord has promised me that proclaiming the truth won’t always be easy. There will come a time, he says, when even those who refuse to cook for me will think they’re doing the will of God. That’s OK. I’m at peace with that.

For those of you who want to argue for a feline-friendly afterlife, consider first what we know about salvation.

Heaven is not for the unrepentant. It’s not for the arrogant or the stubbornly-disobedient. Heaven is reserved for those who turn their lives toward God and submit to his authority. You ever seen a repentant cat?!? You walk in on any dog doing something he’s not supposed to be doing, and he immediately gets that look of shame. He’s been caught, he’s clearly in the wrong, and he knows it. He’s sorrowful — a godly sorrow, I would argue. Like Adam and Eve in the garden who were ashamed from the moment they sinned, so a dog puts his tail between his legs and will barely look at you when he knows he’s done something against your will. Cats? Yeah, right! You walk in on a cat doing something wrong, he barely even looks up. He keeps right on sinning, too, with no regard for the threads on your couch or your feelings.

Heaven is for living in perfect community. It’s not for loners, for those who want to do their own thing by themselves. Dogs are made for relationship. They run to you as soon as you enter their field of vision. They follow you around everywhere you go. They’re loyal to a fault. They’re content just to be in your presence. Cats? They couldn’t care less about you or anybody you know. Oh, sure, they’ll come running when they hear the can opener working to unleash some foul-smelling feline food. They’ll rub up against you and purr when they need something. But that’s it. They’d much rather be alone. And if you call a cat, he’ll just roll his eyes. 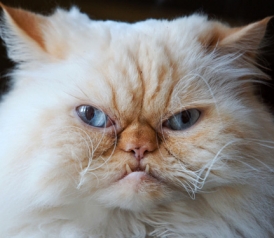 I’m only just scratching the surface here. We could go on about the evil hisses and demonic guttural sounds that come from the inner core of a cat’s very being. The pointy ears. The scary eyes. Their proclivity toward darkness and appetite for activities of the night.

It seems very logical: there won’t be any cats in heaven.