Drew Stubbs’ running, leaping catch of Ian Kinsler’s drive to the center field wall with runners on the corners in the 9th inning snapped the Rangers’ three game skid and increased their lead in the A.L. West to two games now over the Angels. The magic number is four now, instead of three, because the Halos have moved past the ‘Stros for second place in the division. The rubber match with the Tigers is tonight, but then L.A. comes into Arlington for a season-ending four game series that will determine the division champion and the playoff seedings. What looked like a sure thing one week ago now comes down to every inning in these last five games.

Is there a way to leave Josh Hamilton out of the lineup? Even as a pinch hitter? 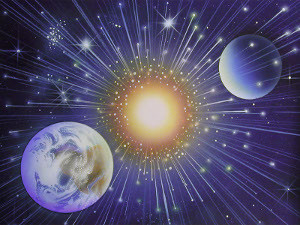 “Then I saw a new heaven and a new earth, for the first heaven and the first earth had passed away, and there was no longer any sea. I saw the holy city, the new Jerusalem, coming down out of heaven from God, prepared as a bride beautifully dressed for her husband. And I heard a loud voice from the throne saying, ‘Now the dwelling of God is with men, and he will live with them. They will be his people, and God himself will be with them and be their God. He will wipe every tear from their eyes. There will be no more death or mourning or crying or pain, for the old order of things has passed away.’

He who was seated on the throne said, ‘I am making everything new!'” ~Revelation 21:1-5

As the great Yogi Berra once said, “This is deja vu all over again!”

A new creation. A new heavens and earth. The sea that separates the heavens from the earth is no more. Heaven and earth become one, just as intimately and beautifully as a new husband and his lovely bride become one. God is living again with the humans. Men and women are living again in the immediate presence of God. No more sorrow, no more heartache, no more death. Everything that’s gone wrong has now been fixed. The old order of things has passed away. I am making everything new!

I am making everything new!

But the Creator of Heaven and Earth says, “I am making everything new!” This is not a different label or a brighter color. This is not about a longer lasting battery.

The last act of the Story of God is not about people’s souls escaping from their bodies and rising up above the earth to go to heaven. What we see is heaven descending to the earth. This is not “I’ll Fly Away!” It’s not “This World is Not My Home.” God shows us the final act, the end of the Story, and it’s heaven coming down into the world, uniting with the world to purify it of its brokenness. This is what the prophets talked about: 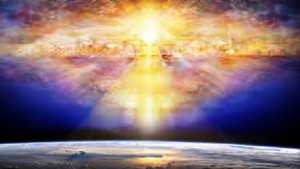 “Behold, I will create new heavens and a new earth. The former things will not be remembered, nor will they come to mind. But be glad and rejoice forever in what I will create… the sound of weeping and of crying will be heard in it no more… The wolf and the lamb will feed together, and the lion will eat straw like the ox, but dust will be the serpent’s food. They will neither harm nor destroy… says the Lord.” ~Isaiah 65

This is the new Garden of Eden. Men and women living in perfect relationship with each other together in the holy presence of God. Absolute peace and harmony with nature. No more injury or disease or death. No more hatred or violence or war. No more poor or needy or slaves or criminals. Everything is new. Everything is perfect. Everything is fixed.

Jesus predicted this in Matthew 19 when he spoke of “the renewal of all things, when the Son of Man sits on his glorious throne.” The apostle is given credit for this same vision in 2 Peter 3: “In keeping with his promise we are looking forward to a new heaven and a new earth, the home of righteousness.” Paul foresees the same thing in Romans 8: “The creation itself will be liberated from its bondage to decay and brought into the glorious freedom of the children of God!”

The whole world will be healed as it is drawn into the fullness of God’s glory. Evil will be finally, ultimately destroyed. And all the potential of creation will explode in glorious fullness and beauty.