Proclaiming the Kingdom of God 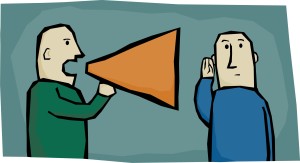 The Good News is that Jesus is the new King. With the resurrection and ascension of our Christ, all the kingdoms and nations of the world are claimed under his Lordship. That’s what we proclaim. That’s what the Christians were doing in Thessalonica; and it got them in trouble.

“They are all defying Caesar’s decrees, saying that there is another king, one called Jesus.” ~ Acts 17:7

Paul goes to Rome, right under the nose of Caesar himself, right in the middle of the Empire’s capital city and “preached the Kingdom of God and taught about the Lord Jesus Christ boldly and without hindrance” (Acts 28:31).

The whole point is that the world has turned a new corner. A new age has arrived. The entire earth has a new King and people have to be told about it. Because not everybody knows.

You see it in the Middle East where dictators rule unjustly and people are treated unfairly. You see it in Africa and parts of Europe where the government refuses to meet the basic needs of their people. No grace. No mercy. No salvation. You see it in the United States where the political system is a gigantic mess. Every politician on both ends of the spectrum and at every position in between says, “Vote for me! Vote for us and everything will be better!” But we don’t believe any of them anymore so they have to dress it up with more hype and noise and spin.

We are sent, each of us, by the authority of Christ Jesus and by the power of his Spirit to spread the news of his good and righteous rule. By our calling as his ambassadors and emissaries, it is our duty and command, all of us, to tell the nations they have a new King. By virtue of his resurrection and our own participation in the new eternal life, it is our great privilege to shout from the rooftops the dawning of the age of the Kingdom of God.

And by the power of the Holy Spirit, we’re up for it. We experience God’s restoration every day. We have received his grace and peace. We can speak of a new creation and we can live a new life because our Lord has already won the war and reigns right now today and forever at God’s right hand.

“Now to him who is able to establish you by the Gospel and the proclamation of Jesus Christ… so that all nations might believe and obey him — to the only wise God be glory forever through Jesus Christ! Amen.” ~Romans 16:25-27