We Don’t Want This Man!

“A man of noble birth went to a distant country to have himself appointed king and then to return… But his subjects hated him and sent a delegation after him to say, ‘We don’t want this man to be our king!'” ~Luke 19:12-14 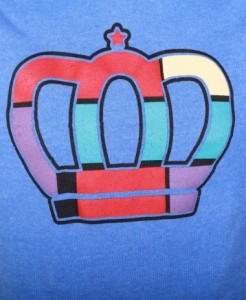 According to Luke, after he tells this story, Jesus is called “king” five times in Jerusalem. When he enters the holy city, all his disciples joyfully praise God, “Blessed is the king who comes in the name of the Lord!” And then four more times that last week in Jerusalem: twice at his trial before Pilate and twice more as he was hanging on the cross. Five times the people call Jesus ‘king,’ the first time in joyful acceptance, the last four times in murderous rebellion.

In no uncertain terms, the world declares, “We don’t want this man to be our king!”

We don’t want this man to be our King! The world proves over and over again by its actions that it doesn’t want God.

But God wants the world. That’s the good news. That’s great news! That’s the mind-blowing, history-altering news. God wants you. He wants the whole world. We are created by God for God. We are separated from God by our sin. And then God moves heaven and earth to win us back. He’s determined. He pursues us. He wants nothing as much as he wants a restored and righteous relationship with you. And he’ll stop at nothing to achieve it.

He is faithful to us even when we are unfaithful to him. He died for us — for you! — while we were rejecting him. What a king!