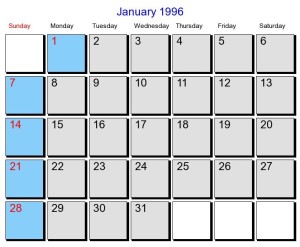 January 28, 1996. Bill Clinton was president. The first Toy Story was in theaters along with Braveheart and Apollo 13. Full House was still on TV. Cal Ripken, Jr. was still playing for the Orioles. People were dancing to The Macarena. Seriously.

Carrie-Anne and I had one daughter back then. Whitney was about to turn three.

January 28, 1996 — twenty years ago today — is the last time the Dallas Cowboys played in a Super Bowl. 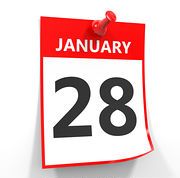 A lot has happened since then. The DVD has been invented. You’re no longer rewinding the movies before returning them to Blockbuster. Cameras no longer use film. Facebook has been invented. Since January 28, 1996, an estimated 1.58-billion people have been born on this planet. Carrie-Anne and I have had two daughters since then who have both obtained drivers licenses. But the Cowboys have not been to a Super Bowl.

Every single team in the NFC has played in a Super Bowl in the past twenty years except for four: Washington, Minnesota, Detroit, and the Cowboys.

The Cowboys are 162-158 since January 28, 1996. They’ve qualified for a divisional playoff game only four times in those twenty years, losing all four.

Twenty years ago today seems like a long, long time ago.