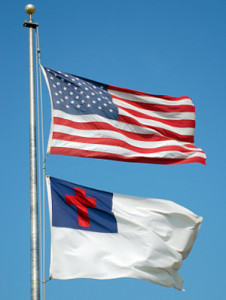 But it’s not a religious term anymore. It’s not even a Christian term anymore. It hasn’t been for a while. It’s been misused and re-defined and hijacked by the politicians and the media in the United States for so long now that it’s become a purely secular word. I refuse to use the term to describe myself or any branch of God’s Church. Last week I regrettably took a phone call from a pollster who promised a three minute questionnaire who badgered me into labeling Central either “evangelical” or “mainstream.” I told him over and over that we reject both labels.

For the past several years it’s been clear to me that the word “evangelical” actually means Christians who want to use the cause of Christ to validate their own un-Christ-like methods to win elections and change laws and force their values and beliefs on others. Using the term “evangelical” ties you and me and your church to the politics of the groups who use fear and force and ugly language to get their way.

I’ve had a difficult time articulating this in a concise way (those of you who read or listen to me regularly might say that particular problem is not limited to this topic). But last week a good friend of mine forwarded me an article written by Skye Jethani that does it very well.

Skye reminds us that in 1989 David Bebbington identified four characteristics that defined evangelicalism:

Biblicalism: a high regard for the Bible
Crucicentrism: a focus on the atonement of Christ through the cross
Conversionism: a commitment to proclaiming the gospel
Activism: a belief that the gospel should change one’s life and the world

That sounds right. That sounds like me. It sounds like my church and probably you and your church, too. But, wait. A majority of African Americans are “evangelicals.” They believe and practice everything that represents the true definition. But because African Americans vote heavily for Democratic candidates, the media will not refer to them as “evangelicals.” The term is purely political now. “Evangelical” means Republican. “Evangelical” means guns and lower taxes and immigration reform and repealing Obamacare.

There are lots of reasons this matters so much. But one of the reasons summarized by Jethani — this reason is discussed at length in every “unchristian” and “You Lost Me” type of book that’s been written in the past fifteen years — is that our young people now identify traditional Christianity with right wing American politics. Young people are not leaving the Church because they reject Christ Jesus as Lord, they’re leaving the Church because they reject the angry politics that seem to go along with it. Jethani rightly notes that “those raised in the evangelical tradition under the age of 40 have no experience of Christianity apart from conservative Republican politics.” Millennials, a couple of generations younger than me, now associate “evangelical” with Donald Trump, Ted Cruz, Sarah Palin, and the NRA.

A dozen years ago, Andrew Sullivan attempted to coin a new word to describe this: Christianism.

“I have a new term for those on the fringes of the religious right who have used the Gospels to perpetuate their own aspirations for power, control and oppression: Christianists. They are as anathema to true Christians as the Islamists are to true Islam.”

What Sullivan saw as a fringe minority then has sadly become almost mainstream today. That Christians can show such foam-mouthed enthusiasm for somebody like Donald Trump is flabbergasting. To quote Jethani:

“There is almost nothing in Mr. Trump’s character, story, agenda, or candidacy that finds alignment with Scripture, the cross, the gospel, or personal / social transformation (Bebbington’s evangelical markers in simpler terms). However, his ‘Make America Great Again’ slogan, along with his maligning of women, immigrants, and all ‘losers’ while triumphantly holding up a Bible, fits Christianism perfectly. Trump, unlike the increasingly unpopular voices of orthodox evangelicalism, is giving the people what they want — a gun wielding, aggressive, capitalist Jesus who builds walls and kills terrorists.”

It’s a good article. I wish you would read it.

And, look, you know my position on all this. Every Christian who votes in these national elections are voting for the lesser of all the evils. Most Christian voters will admit it. We’re not looking at one good party and one bad party. It’s not one party is righteous and one party is evil. It’s one big evil worldly system. The whole system is opposed to the name and manner of Jesus. The whole system is coming down when our true King returns to reign in all his power and glory. So, vote if you must, but don’t act like your campaigning and voting for these politicians is some act of holy righteousness or will of God. In his last speech last night, Ted Cruz told his supporters at a rally in Iowa to “caucus tomorrow for righteousness!”

The United States is not going to be changed by votes or parties. It’s not going to be saved by force of numbers or force of rhetoric. It’s going to be saved by Christ Jesus along with the rest of the world. And his way is about love and forgiveness, sacrifice and service. And peace. Let your Christianity be defined by those things. Let your congregation be characterized by those things. “Evangelical” and “Christian” are not the same thing anymore.