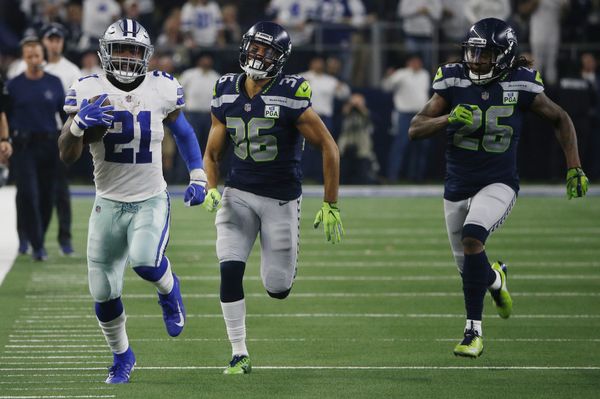 I heard the broadcasters say the word “dynasty” before the players even got off the field. Not Troy, not Joe Buck; the studio guys on Fox and on ESPN. I heard it twice. Two different versions of “The Cowboys are building a dynasty” in reference to the “Triplets,” which I also heard twice.

Yes, Ezekiel Elliott is a monster of a running back. He runs hard, he picks up blocks, he catches passes — he’s for real. And the whole Cowboys offense runs through him. Amari Cooper is a really good receiver. He runs better routes than anybody who’s played for Dallas in the past twenty years, he’s got a knack for finding the open spot in a zone, and he makes tough catches look easy.  And both of those players make Dak Prescott better. Dak is a decent passer, his legs keep the defense spying and guessing, and he seems to give everything he’s got every week.

But “dynasty?” Shouldn’t the Cowboys win one divisional playoff game since 1995 before using that word?  Since when does a Wild Card win for any other team elicit this kind of hyperbole? It’s like these analysts haven’t watched any Cowboys games in the past 23-years.

And “Triplets?” Troy, Emmitt, and Irvin won three Super Bowls and are in the Hall of Fame. Dak still turns the ball over at the worst possible times, Cooper has played in Dallas for less than half a season, and Elliott needs another twelve years and 14,000 yards and 130 touchdowns before we start comparing him to Emmitt.

Now, let’s acknowledge that the Cowboys are stocked with some legitimate talent and are really fun to watch right now. That defense is stout. That front seven is solid. Jaylon Smith and Leighton Vander Esch absolutely fly to the ball. Nothing happens on offense without Elliott but, with him, they’re going to be in every game until the fourth quarter. Cole Beasley is clutch. Gallup is fast. Cooper is open. But Dak is a problem. He still misses wide open receivers, he still holds the ball too long in the pocket, and he still turns it over. I don’t think the Cowboys can win a divisional playoff game with this current version of Prescott under center. I also have questions about the reliability of their kicker. But the main concern ought to be at quarterback.

There’s a reason the Cowboys are seven-point dogs to the Rams on Saturday. 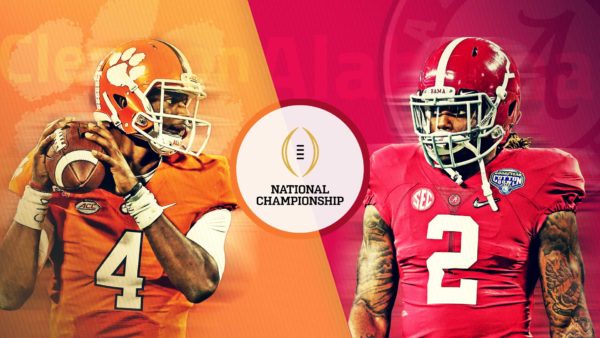 I’ve heard people say they just can’t get excited about tonight’s national championship tilt between Alabama and Clemson.  Another rematch. The same two teams. Like watching the Bills in four straight Super Bowls. Some people are not looking forward to the game.

What?!? Are you kidding me? There’s plenty to be excited about; let me count the ways.

~ These are clearly the best two teams in the country. Can you name any team that’s better? This is #1 versus #2! This is precisely what you and I argued and begged for the past 40-years! This game decides the true undisputed national champion!

~ It’s not like the Bills. Clemson’s beaten Alabama in this setting. And nobody will be shocked if they do it again. The Tide winning is not a foregone conclusion.

~ Tua’s story is fascinating. He’s going to have 400 friends and family in attendance at Levi’s Stadium tonight.

~ It’s the last time I can justify eating nachos before baseball’s Opening Day.

~ Watching history as one of these teams becomes the first team in college football history to finish a season 15-0.