Prepare the Way for the Lord

“Repent, for the Kingdom of Heaven is near! Produce fruit in keeping with repentance. The ax is already at the root of the trees, and every tree that does not produce good fruit will be cut down and thrown into the fire. I baptize you with water for repentance. But after me will come one who is more powerful than I, whose sandals I am not fit to carry. He will baptize you with the Holy Spirit and with fire. His winnowing fork is in his hand, and he will clear his threshing floor, gathering his wheat into the barn and burning up the chaff with an unquenchable fire.” ~Matthew 3 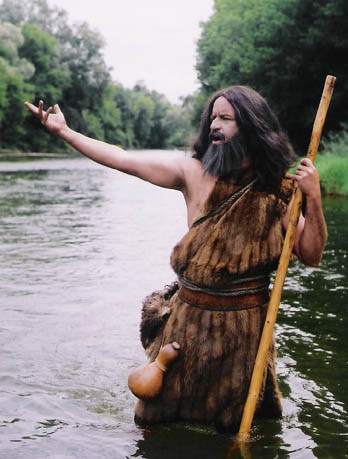 Only once, though. It only happened to him once.

We want the soft, romantic glow of twinkling Christmas candles and John the Baptist is talking about an unquenchable apocalyptic fire! We want the baby Jesus in a manger, cooing softly at the docile barn animals around him — the Jesus Ricky Bobby is praying to in Talladega Nights — and John the Baptist gives us Jesus as a judge with an ax in one hand a pitchfork in the other!

The prayer of the early church was “Marana tha,” Lord, come quickly. That is not a prayer for Jesus to come again as a helpless infant; it’s the longing cry of God’s people for him to return in the fullness of his power and glory when every knee will bow in heaven and earth and under the earth and every tongue confess that Jesus Christ is Lord to the glory of God the Father! The prayer is for Jesus to come again to finally put an end to all sin and wickedness forever. The hope is that Jesus will make right all the things that are wrong, that he will finally fix everything that’s broken.

That’s not so scary to the poor and oppressed of this world. But, for those of us with a lot to lose? Maybe it’s a little scary.

“Wait til the Lord comes. He will bring to light what is hidden in darkness and will expose the motives of people’s hearts.” ~1 Corinthians 4:5

Luke 8 quotes Jesus as saying there is nothing hidden that won’t be disclosed; everything that’s concealed is going to be known and brought out into the open.

“Repent, for the Kingdom of Heaven is near!”

John the Baptist is so completely blown away by the reality of the coming Christ. He sees right through the charades of this world and the roles we play and the lines we say and how precious all this is to us. He sees right through all of it to the sheer power and holiness of the coming Lord. John is pointing us to the future, not the past. He’s orienting us away from our religious rituals and toward the person of Jesus Christ; away from our present-day systems and structures to an utterly brand new authority and dominion of our King and his Kingdom.

It’s happening. John the Baptist is standing out in the desert, hip-high in the waters of the Jordan River, where the world’s resistance to God is meeting the irresistible force of God’s coming. The ax is already at the root of the trees. It’s happening. Get ready. You’d better re-think your priorities, you’d better re-order your lives.

How do we get ready? How do we prepare? Where the do the roads need straightening out? What fires need to be lit to burn away the garbage in his path? What dead trees need to be cut down? What roughness in your heart needs to be smoothed? 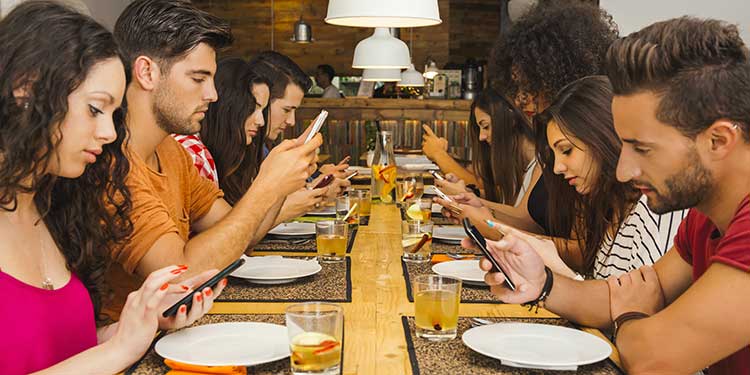 It’s amusing to me how “research” and “data” comes out to prove what anybody who’s paying attention already knows. By simple observation — just by looking at the symptoms and the consequences — we all know that smart phones and mobile technology devices are killing us. Socially, mentally, emotionally, academically — it’s hard to find a serious person who believes smart phones make us better. But the research that proves the harmful effects of smart phone technology is just now beginning to come out.

Here’s a link to an article that contains links to some of the more recent studies. Science is telling us that 8-11-year-olds who spend more than two hours on their screens every day are demonstrating “lower cognitive function.” Our mobile devices and social media use share an “unfavorable relationship” with attention, memory, impulse control, and academic performance. Digital technology is proving to slow down the overall development of teenagers. And the smart phones are “stunningly addictive.”

As the “proof” pours in, elite schools in the U.S. are now beginning to reduce or eliminate the screens in their classrooms. Where once our society feared a technological divide — the rich kids would have access to technology and all the advantages that come with it and the poor kids would not — now scientists and education experts are fearing the opposite. The students in less affluent schools are using the technology and screens and getting dumb while the students in the rich schools are learning without the technology and screens and getting smart.

What emoji do I use to communicate sarcasm?