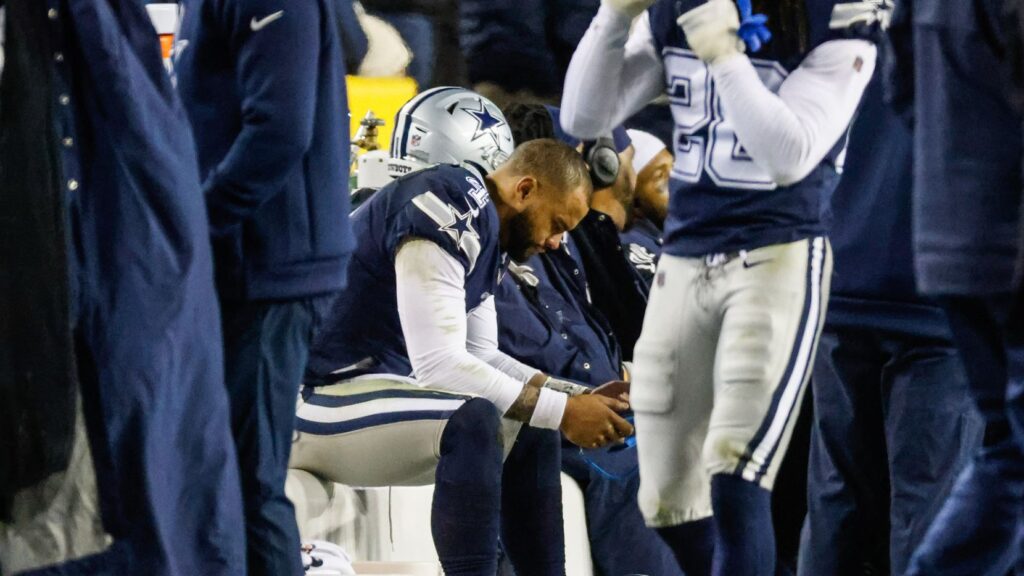 It’s that most wonderful time of the year, when reality sets in for delusional Cowboys fans. No doubt, there are some who still believe Dallas is going to beat the Buccaneers in Tampa Bay one week from tonight in the Wild Card round. But that number is surely fewer today than it was 24 hours ago. Tom Brady has seven Super Bowl rings and he’s won 35 playoff games. The Cowboys have never beaten Brady. But, I’m not sure Tom Brady’s the problem here for the Cowboys.

Dallas has faced Gardner Minshew, Joshua Dobbs, and Sam Howell the past three weeks and all three of those quarterbacks enjoyed great success against the Cowboys defense. The Bucs have a first-ballot Hall of Famer under center for this first-round game, but it may as well be Tom T. Hall.

Before we look ahead to the playoffs, let’s recap what happened at FedEx Field yesterday. The Cowboys told us all week long that the regular season finale in Washington was going to be a statement game. This was the time to put it all together and build winning momentum for the playoffs. No more mistakes. No more interceptions. No more penalties. Back to the relentless pass rush. Back to pounding the ball on offense. With a win yesterday, Dallas had an outside shot at the NFC’s number one seed and the first-round bye and home field advantage through the playoffs. They had everything to play for and told us that they would.

Well, the game was a statement alright. It was a succinct and complete summation of the issues facing Dallas as they prepare for Tampa.

Dak is a problem. He has thrown three pick-six interceptions in his past four games, at least one interception in seven straight games. He’s thrown a league-leading 15 interceptions this year despite missing five games with injury.

The running game is a problem. Ezekiel Elliot ran the ball eight times for a total of ten yards yesterday. Zeke and Tony Pollard combined for 29 yards rushing, their longest gain a mere sixty inches.

Offensively, the Cowboys went three-and-out ten times yesterday. That’s the most by any team in any game in the NFL this season. They were four-of-18 on third downs.

The defense is a problem. Dallas gave up 151 yards on the ground yesterday and got no pass rush on a rookie quarterback making his first ever NFL appearance. The Cowboys are 1-4 on natural grass this year; the natural turf seems to negate whatever speed they may have along their front seven. It’s real grass in Tampa Bay, and it probably won’t be mowed this week.

Leadership is a problem. It was obvious from the very first play that Dallas was not prepared to play yesterday. With so much on the line, the Cowboys suffered a holding penalty on the opening kickoff, Bryan Anger fumbled the snap on his first punt attempt, KaVontae Turpin fumbled his first punt return attempt, Brett Maher missed his first PAT attempt, and the Cowboys had only one first down in their first six possessions. Mike McCarthy will be rightly blamed for not having his team ready. But, good grief, all the players knew what was at stake. The Eagles and 49ers were playing with the same scenario yesterday and posted wins of 38-13 and 22-16.

I’m sure Tom Brady is trembling at the specter of this well-oiled Cowboys machine coming to Tampa Bay.

The Cowboys have not won a road playoff game since the 1992 season. Jimmy Johnson was the coach. My 30-year-old daughter wasn’t yet born. Dallas hasn’t won a divisional playoff game in 26 years, one of only five teams in the NFL on that kind of streak. They said yesterday would be a statement game regarding expectations for the playoffs.

The 12-5 Cowboys are going to be beaten in the first round by a team with a losing record. 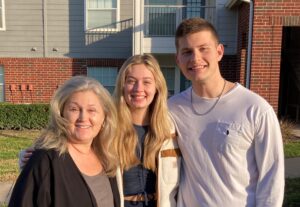 Our youngest daughter, Carley, and her husband, Collin, drove down to Houston Friday afternoon to stay with Carrie-Anne while I flew back to Midland to preach at GCR yesterday. Carley took over the drain management and exercise drill sergeant duties with detailed precision. Collin said he came “to cook and lift.” It was great to spend some time with these two and a wonderful emotional lift for C-A. We sent them off this morning with a full tank of gas and a twelve-pack of Dr Pepper.

M.D. Anderson has set our appointment with the oncologist for Tuesday morning January 17th. We’re heading back to Midland this Wednesday the 11th and were told this oncology meeting would be scheduled for before then. We’re trying to work through that right now. Disappointing.