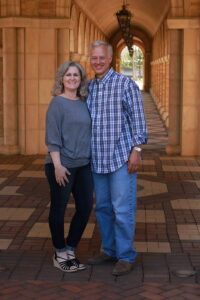 Well, the news at our second follow-up appointment yesterday was not nearly as good. The pathology reports came back and, instead of this being a stage-zero, non-invasive breast cancer as originally diagnosed, Carrie-Anne has a stage-one, invasive breast cancer. Not great.

What Carrie-Anne has is called “triple-negative breast cancer” – something having to do with three different indicators. It’s only found in 10% of those who have breast cancer and, yes, we’ve got it. Not awesome.

We are meeting with an oncologist either Monday or Tuesday to have what our surgeon says will be a “challenging conversation” about chemotherapy options and next steps. What they found is so tiny – borderline – there’s a chance they may recommend no chemo at all. But our surgeon seems to think we’re going to have to do some kind of chemo, some kind of diluted version, maybe, for a couple of months or so.

It’s just a punch in the gut because we thought we were near the end of this stressful road. But we’re still at the beginning, with a brand new set of issues and questions. The cancer in her body is gone, they got rid of everything. But because the cancer was invasive, there could be some of it in there somewhere and there’s no medical technology to chase it down and pinpoint its exact location – if it’s there at all. It’s more of the unknown, more uncertainty, with which to wrestle. So, at this point, our best understanding is that the chemotherapy is a preventative step, one that would eradicate whatever might still be in there somewhere. We’ll know much more Monday or Tuesday.

In the meantime, in your regular conversations with our Lord, would you please bring up my precious wife, Carrie-Anne? I know he’s very aware of what’s happening, but it would mean a lot to us if you would remind him. We had a rough day yesterday and we’ve got a rougher and longer road ahead than what we had been told.