Pudge! From Arlington to Cooperstown 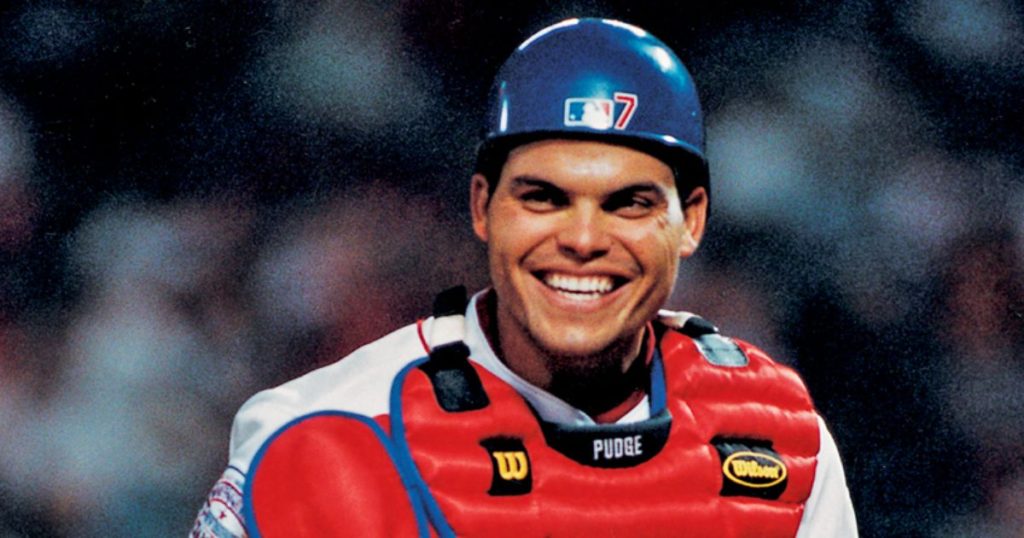 Pudge Rodriguez has become only the second catcher in history to be voted into the Baseball Hall of Fame on his first ballot and the first true Texas Ranger to be eternally enshrined in Cooperstown. From the day Tom Grieve signed him as a 16-year-old out of Puerto Rico, throughout his extraordinary 13 years in Arlington, to his service now in the team’s front office, Ivan Rodriguez has always been in the top two or three of anybody’s list of all-time most popular players in Rangers franchise history. Pudge embodied the Rangers’ dramatic shift in the early ’90s to sign and develop their own players, becoming the face of the franchise and the heart and soul of the 1996 team that captured the Rangers’ first ever division championship and playoff appearance. Two more division crowns and an A.L. MVP award before the end of the decade, and Pudge solidified himself as an icon. His skills and stats are undeniable. But his fiery intensity, his electric smile, his feel-good story, and his devotion to the home-town team make it difficult to argue for anybody ahead of him in any list of all-time Rangers greats. 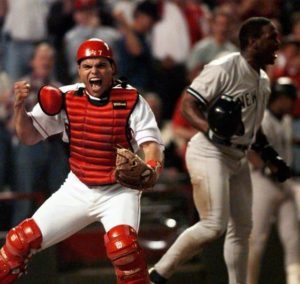 During his 21-year-career, Pudge was Johnny Bench, his hero, with a better bat. He hit .296 with 311 home runs and 1,332 RBIs. He won thirteen Gold Gloves, a record for a catcher. He appeared in fourteen All Star Games, another record for a catcher. He won seven Silver Sluggers and that league MVP award in ’99. He threw out the highest percentage of base-stealers in Major League Baseball history — he would absolutely shut down an opponent’s running game — teams stopped trying. And he started a record 2,543 games at its most demanding position — 44 more games than the original “Pudge,” Carlton Fisk.

I was privileged to personally watch and professionally cover Pudge Rodriguez from the rickety press box at old Arlington Stadium in the early ’90s to the champagne-drenched clubhouse under The Ballpark in Arlington during the late ’90s. I never used much of his sound during our sportscasts — his English never really translated. But I was always drawn to Pudge, like everybody, and wanted to be around him and talk to him.

His intensity was intoxicating. And unusual.

Baseball is a 162-game marathon. Baseball players don’t get too caught up in individual wins and losses. You can’t afford to get too high or too low. Nobody can maintain that over a six-months season. But Pudge lived and died with every single win and loss. That infectious smile and laugh was especially ramped up after wins and his anger and devastation was evident after every loss. After a tough loss he would almost block his locker from reporters like he blocked home plate from opponents. He didn’t say you couldn’t come over, but the look on his face told you to think long and hard before you did. But after a win, there was nobody more fun to be around.

I don’t know if Rodriguez ever used steroids during those late ’90s championship seasons. His name does not appear anywhere in the Mitchell Report like his teammates Juan Gonzales and Rafael Palmeiro. Because the Rangers are my favorite team and Pudge is my favorite Ranger, I tend to believe he’s clean while, at the same time, maintaining a healthy acknowledgement that, maybe, he’s not. But he was so fun to watch, so integral to the team’s transition from laughingstock to perennial World Series contender, so talented.

Hall of Famers Ferguson Jenkins and Gaylord Perry spent some time with the Rangers late in their careers. Nolan Ryan was the first player and, up until now, the only player to don the Texas Rangers’ cap in the Hall. Yes, he legitimized the franchise late in his career and brought it much needed attention and validity. He’s legendary; a Rangers icon for whom we’ll always be grateful.

But when Pudge Rodriguez goes into Cooperstown on July 20, he’ll be wearing a red Rangers cap. And he’ll be the very first true Ranger — top to bottom, through and through — to do so.