Last week’s Tulsa Workshop (excellent, as always!) has put me a little behind on tracking in this space with our adult Bible classes here at Central as we study together “Renewing God’s People.” I’ll try to get caught up here before the weekend hits. 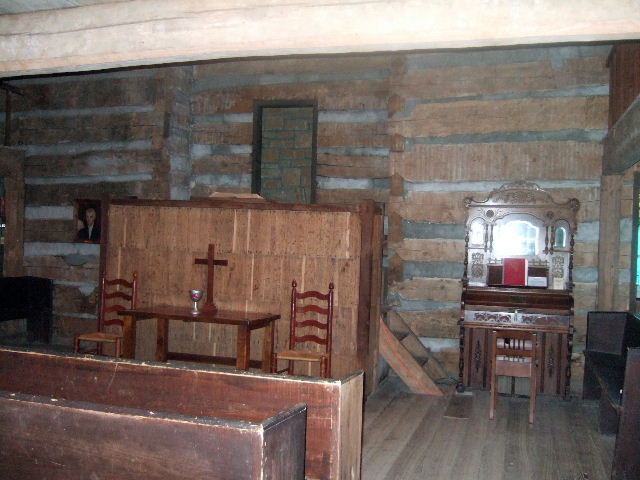 Chapter three of Doug Foster’s concise history of the Churches of Christ, Renewing God’s People, introduces us to Barton W. Stone, a co-founder of what has been called by historians the Stone-Campbell Movement or the American Restoration Movement. Stone was a college-educated Presbyterian minister who, in August 1801, participated with other Presbyterian, Baptist, and Methodist preachers in the largest and most famous camp meeting revival in American history. The success of the Cane Ridge Revival added fuel to the restoration fires of the time and influenced Stone to withdraw from the Transylvania Presbytery to begin the non-denominational Springfield Presbytery. It was an effort to promote Christian unity, to tear down the denominational walls that divide disciples of Jesus, to faithfully express the Gospel as it’s described in Ephesians 4: “There is one body and one Spirit — just as you were called to one hope when you were called — one Lord, one faith, one baptism…”

But after just a few months, it became apparent to Stone and his colleagues that their Springfield Presbytery was just another sectarian division among many. It was working against the Christian unity they so strongly desired. So they broke it up. And the document that proclaimed the dissolution of their organization became one of the two most important founding documents for Churches of Christ. The opening lines of The Last Will and Testament of the Springfield Presbytery quoted from Ephesians four and declared that they would “sink into union with the Body of Christ at large.” They renounced all denominational names of distinction; no more Baptists or Reverends, no more Presbyterians or Fathers. They called for a return to the Bible as the only authority for Christians and God’s Church, “the only sure guide to heaven.” The document affirms the autonomy of each congregation of Christian believers, liberating all churches to “adopt the law of the Spirit of life in Christ Jesus.” They claim that no governing body has the authority to decide anything for a group of churches, that “our power of making laws for the government of the church, and executing them by delegated authority, forever cease.”

Above all, Stone used the document to call for the unity of all Christian believers. “We will,” he writes, “that preachers and people cultivate a spirit of mutual forebearance; pray more and dispute less.”

I’m convinced that one reason we in Churches of Christ got so far off track with the initial and Holy Spirit-inspired vision of Christian unity is that we so horribly distorted that Ephesians 4 passage that’s quoted in Stone’s Last Will and Testament. Consider…

Most Sundays I eat a cracker crumb and sip some grape juice while sitting in a pew and call it communion. Most Sunday nights, I break off a huge chunk of bread and chug a big swig of juice around my kitchen table with our small group and call it communion. During a flu outbreak or a bird virus scare, we’ll eat little pre-broken chicklet-size pieces of cracker. Tortillas at a camp out in Colorado. Peta or flat bread in Peru. Many, many expressions of our Lord’s one meal. Those different expressions don’t diminish the truth of the one Lord’s Supper.

Yes, there is only one baptism; and God is over it, not you. Yes, there is only one Church; and God is in charge of it, not you. Yes, there really is only one faith; and our God is delighted that there are so many different expressions of that faith out there. Barton Stone called on all Christians to see the big picture of God’s eternal Kingdom, to see the beauty of divinely-ordained diversity, to experience the power of his love that destroys all the barriers that separate his children. The only way Stone believed we would ever get close to realizing it this side of glory would be to pray more and dispute less.