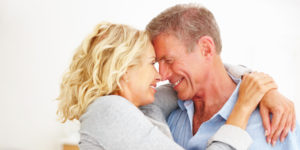 “The husband should fulfill his marital duty to his wife, and likewise the wife to her husband. The wife’s body does not belong to her alone but also to her husband. In the same way, the husband’s body does not belong to him alone but also to his wife. Do not deprive each other except by mutual consent and for a time, so that you may devote yourselves to prayer. Then come together again…” ~1 Corinthians 7:3-5

Paul writes almost shockingly when he talks about the importance of sex within the marriage. It’s revolutionary. He’s writing these words at a time when women were legally considered the property of their husbands. But Paul says, no, the wife owns her husband’s body in exactly the same way he owns hers. Nothing like this had ever been said before. This is a radical and unprecedented  restriction on the husband’s sexual freedoms. He can only have sex with his wife. And he HAS TO have sex with his wife! Scholars and historians cannot find this thought written down anywhere in history before this — not in secular or religious writings — this idea of mutual sexual ownership.

Paul is telling married Christians that mutual, satisfying, sexual relations must be an important part of their life together. Sex should be frequent and reciprocal. One spouse can’t deny sex to the other. That plays right along with everything we know about God’s designs for Christian marriage: loving each other the same way Christ loves the Church and mutually submitting to one another out of reverence for Christ. Each partner in marriage has to be most concerned not with getting sexual pleasure, but with giving it.

OK. It takes both people. We know this. Men and women are really, really different physically, emotionally, psychologically, and on down the line in as many ways as you can imagine. So, yes, it’s not easy. Nobody says this is easy. It takes all the mutual loving and submitting and sacrificing and serving that Ephesians 5 talks about.

You know, if you’re married — I hope you know this! — sex doesn’t just happen when you turn off the lights and turn on the Marvin Gaye. It’s about consistent kindness and every day listening and communicating. It’s about daily sacrifice and respect. And it’s not about you. It’s about the other and paying attention to something bigger than both of you.

So, married people, let me ask a couple of questions: Do you believe your current sex life with your marriage partner fully agrees with Paul’s encouragement in 1 Corinthians 7?

“The husband should fulfill his marital duty to his wife, and likewise the wife to her husband. The wife’s body does not belong to her alone but also to her husband. In the same way, the husband’s body does not belong to him alone but also to his wife. Do not deprive each other except by mutual consent and for a time, so that you may devote yourselves to prayer. Then come together again…”

Are you and your spouse practicing this?

Sex is a powerful thing. This whole “one flesh” idea means that sex is a sign of the personal union and the means to accomplish that union. It consummates the marriage and it acts to maintain that covenant. And it’s got to happen in a marriage. It’s not a marriage without it.

It’ll also text your marriage or troubleshoot your marriage. It’s such a powerful thing. If your relationship is in a bad place, sex doesn’t work very well. Sex is so intimate and so close and so personal, it doesn’t allow you to just sweep things under the rug. If there’s mistrust or disrespect in the relationship, if there are some unresolved hurts or wounds, the sex will bring it out and force you to deal with it. Or you just stop having sex. And that’s a sure sign that you need to do some serious digging and soul-searching. There might be something you both need to address to move closer to God’s design for your sexual and emotional intimacy. For the sake of your marriage.

Listen, I know this is difficult. There’s nothing easy about this. Marriage is hard. Sex is tough. And it requires a lot of grace: grace from our Lord to us in our marriages and to us as individual Christians; and grace from us to one another in our marriages and in our churches. But we make it so much more difficult when we separate sex and marriage. Sex without marriage doesn’t work. Marriage without sex doesn’t work. You know I’m telling the truth. You probably know from your own experiences. Because that’s the way our Creator designed it.