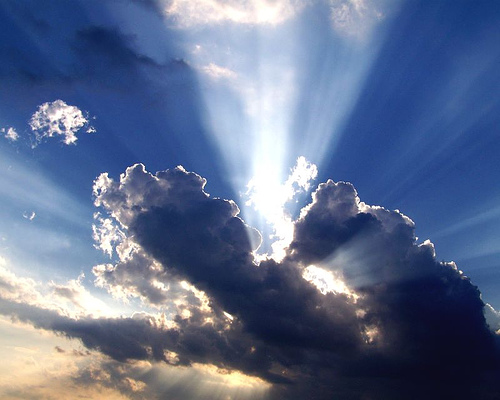 “Whatever was to my profit I now consider loss for the sake of Christ.” ~Philippians 3:7

The apostle Paul hailed from the royal tribe of Benjamin. He might have even been named after Israel’s first king. He spoke both Hebrew and Aramaic. He had memorized most of the Holy Scriptures. His diploma carried the name of the leading school in religious thought. He belonged to the religious sect that upheld God’s law more than any other. He was unmatched in religious zeal. He had no tolerance for commandment-breakers. In short, Paul was perfect — as perfect as any God-fearing Jew could possibly be.

But when Paul opened up his books to read the ledger of his life, surprisingly he found he was completely bankrupt! He had nothing!

So he writes, “I consider everything a loss compared to the surpassing greatness of knowing Christ Jesus my Lord, for whose sake I have lost all things. I consider them rubbish, that I may gain Christ.” (Phil. 3:8)

Paul didn’t count his heritage or his good works as trash. He didn’t stop keeping God’s commands or renounce his schooling. He determined that his faith in those things was worthless. Trust in his own law-keeping and ritual-following was worthless. Paul realized that his own righteousness would never save him. He could only trust the righteousness that comes freely from God by faith in his crucified and resurrected Son.

That confidence in his salvation by faith in Christ is what allowed Paul to write, despite external opposition and internal conflict that plagued God’s Church, “My brothers, rejoice in the Lord!”