Jesus’ Judgment Will Be Final

“In the past God overlooked such ignorance, but now he commands all people everywhere to repent. For he has set a day when he will judge the world with justice by the man he has appointed. He has given proof of this to all people by raising him from the dead.” ~Acts 17:30-31 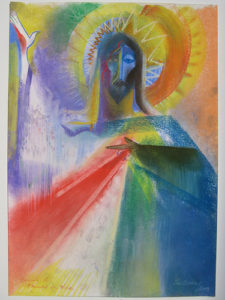 The resurrection proves that Jesus is the promised Messiah, it vindicates him as God’s Holy Son, as God’s chosen agent in making all things right. Jesus is the one who creates order and restores what’s been destroyed. When the Son of God returns, the powers of this world will finally be overthrown by the power of God, that power that was so fully displayed at the crucifixion and resurrection of Jesus.

Hebrews 9 says Christ Jesus will appear a second time, not to bear sin, but to bring salvation to those who are waiting for him. His first coming was in humility to bring redemption; his second coming will be in glory to bring God’s salvation purposes to their long-awaited and majestic consummation. Jesus is coming back to restore his people, to rule in righteousness, and to make all things right.

We’ve all been reminded over the past few weeks that this whole world is immersed in evil. This entire planet is motivated by selfishness and greed, this earth is captivated by violence and force.

It’s sickening, it’s unsettling, it’s scary, and terribly sad. It’s awful. But our Lord sees every bit of it. None of this goes unnoticed by our Lord. None of the madness, none of the sadness. Every single tear drop that’s shed and every single drop of blood that’s spilled will be answered for.

If our Lord were not angered by evil, if injustice and wrongdoing didn’t make him mad, what kind of God would he be? If he were just going to ignore evil or pretend like it didn’t matter, he wouldn’t be holy and righteous.

Philippians 3 tells us the Lord himself will come down from heaven, with a loud command, with the voice of the archangel, with the trumpet call of God. He has set a day. And that day is coming.

It might not be today. It might not be tomorrow. I don’t know when it’s going to be. But God is not going to tolerate sin forever. He won’t put up with violence and injustice and unfairness forever. God overlooked all kinds of ignorance in the past, but now he commands all people everywhere to repent. Wicked and evil organizations may have their way for a while. They may kill and cheat and steal for a time. And it may get worse before it gets better. But if they don’t repent, they will pay for every one of their sins.

The resurrection proves that Jesus is the Son of God. The day has been set when he will judge the world. And that judgment will be final. 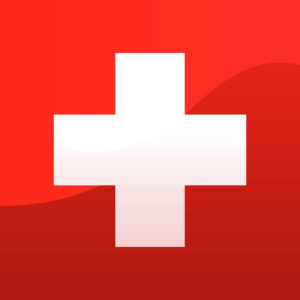 Thank you so much to Debbie V., Donna G, Callie Lou, Karen Cooper, and Becky Nordyke for the fabulous meals you’ve delivered to our home. You are dear and cherished friends. And thank all of you for your faithful prayers for my darling wife.

Her follow up appointment is this Thursday afternoon. There’s a chance they remove the two splints from her nasal passages then. We’re hoping so. Her eyes may water for three days afterward, but getting those splints out would be a giant step toward some relief.

Every year this decade the Texas Rangers have been in contention, Jon Daniels has made a blockbuster deal or two at the trade deadline to significantly improve the team. Apparently the White Sox were asking too much for pitcher Chris Sale. So JD went out and added a ton of power to his batting order with Beltran and Lucroy, and shored up the bullpen with Jeffress. I would imagine Texas might score more than five runs per game from here on out. It’s possible.

Yes, they gave away a ton of young, talented, minor league pitchers in the deals with Milwaukee and New York, but they’re still just absolutely loaded. Profar and Gallo remain with Texas, Mazara is only 21 years old and Odor is only 22, and the farm system, even after yesterday, is still going to be rated in the top ten in all of baseball. According to Daniels, major league teams inquired about the tradeability of more than 30 Rangers minor leaguers over the past three weeks.

It seems the Rangers have positioned themselves now to capture their fourth division crown in the past seven years. And, if they’re in the same situation this time next season, it looks like they’ll have plenty of talent down on the farm to make the same kind of aggressive, headline-grabbing deals.