Jesus’ Judgment Will Be Fair 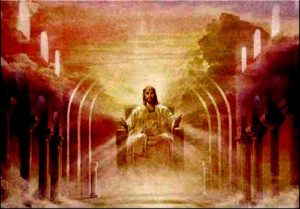 The first Christians believed that what you do matters. The writers of Scripture all confirm that a fair and impartial judgment day is consistent with the character of God who doesn’t play favorites.

“God will give to each person according to what he has done. To those who by persistence in doing good seek glory, honor, and immortality, he will give eternal life. But for those who are self-seeking and who reject the truth and follow evil, there will be wrath and anger. There will be trouble and distress for every human being who does evil: first for the Jew, then for the Gentile; but glory, honor, and peace for everyone who does good: first for the Jew, then for the Gentile. For God does not show favoritism.” ~Romans 2:6-11

2 Corinthians 5 tells us that all men and women are someday going to stand before the judgment seat of Christ and give an account of all their thoughts and words and deeds. Everything. And each of us is going to receive what’s right according to whether we’ve done good or evil. 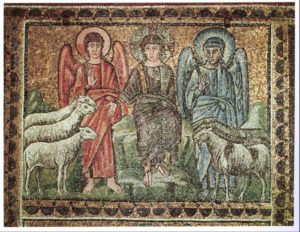 Jesus gives us a compelling picture of this in Matthew 25 with the separation of the sheep and the goats.  To the sheep on the right, Jesus says, “Come!” Come on in. Come close. You belong. You’re in. Come. How cool would it be to hear the Lord say that to you?

Notice the righteous in this story don’t say, “Boom! Nailed it! Yeah! That’s right! We’re feeding the hungry and clothing the naked! Yes! The Kingdom has been prepared for me! That’s what I’m talking about!” No, it’s more like, “What?!? We did what?!? You mean we got it right?” The sheep on the right are surprised.

Jesus explains that the way you regard the poor and the sick and the abused and the hungry shows your high regard for him and his mission. Our King associates himself with the lowly, with people who don’t have any resources. So when you show compassion for the poor, when you extend mercy to the sick, when you show love to the marginalized, that’s proof that you belong to God. These aren’t good works to earn favor from God. You don’t give a cup of water so you can go to heaven. That’s not why these people did these good deeds. They were surprised their kindness to prisoners and aliens had anything to do with it. The way they treated the poor and the minorities proved that they had submitted to the Lordship of Jesus and that his Holy Spirit was shaping their minds and lives. Clothing the naked is not a qualification to get in — it’s an evidence of a saving faith.

To the ones on the left, Jesus says, “Depart!” Go away. Get out of my presence. You don’t belong to me.” How awful and terrible to hear the Lord say that to you.

Notice the unrighteous goats who are eternally condemned are just as surprised as the righteous sheep. “What? When did these things happen? I don’t remember not taking care of you, Jesus, when you needed help.?

I don’t think they were deliberately rejecting Jesus when they turned their backs on the poor and the weak. It’s just evidence that they had not submitted to Jesus as Lord and to his mission to seek and save and make things right. They didn’t see Jesus in the poor and hurting.

Being faithful, being righteous, doesn’t mean being burned at the stake or becoming a missionary to Yugoslavia. The righteous are just paying attention to the people around them and taking care of real, practical, every day needs. A cup of water. A sandwich. A visit. A coat. Just be faithful with what God puts right in front of you every day. What you do matters. It’s evidence.

The righteous will always produce evidence. You’ll always be able to notice the transformed speech and thoughts and actions and character of disciples of Christ. On that last day, Jesus will distribute rewards and penalties according to the clear evidence. And he’s always fair.

Yesterday, while basking in the glorious glow of another exciting round of last minute deals for the Rangers at the trade deadline, I wrote in this space that, with the additions of Beltran and Lucroy, this Texas team will score an average of more than five runs a game from here on out. Last night, Beltran and Lucroy went a combined 0-6 with three Ks in a 5-1 loss at Baltimore.

I’m sticking with it. Hold me to it. This Rangers lineup will average more than five runs per game the rest of the way. Starting……
Now!