It Was Bound to Happen 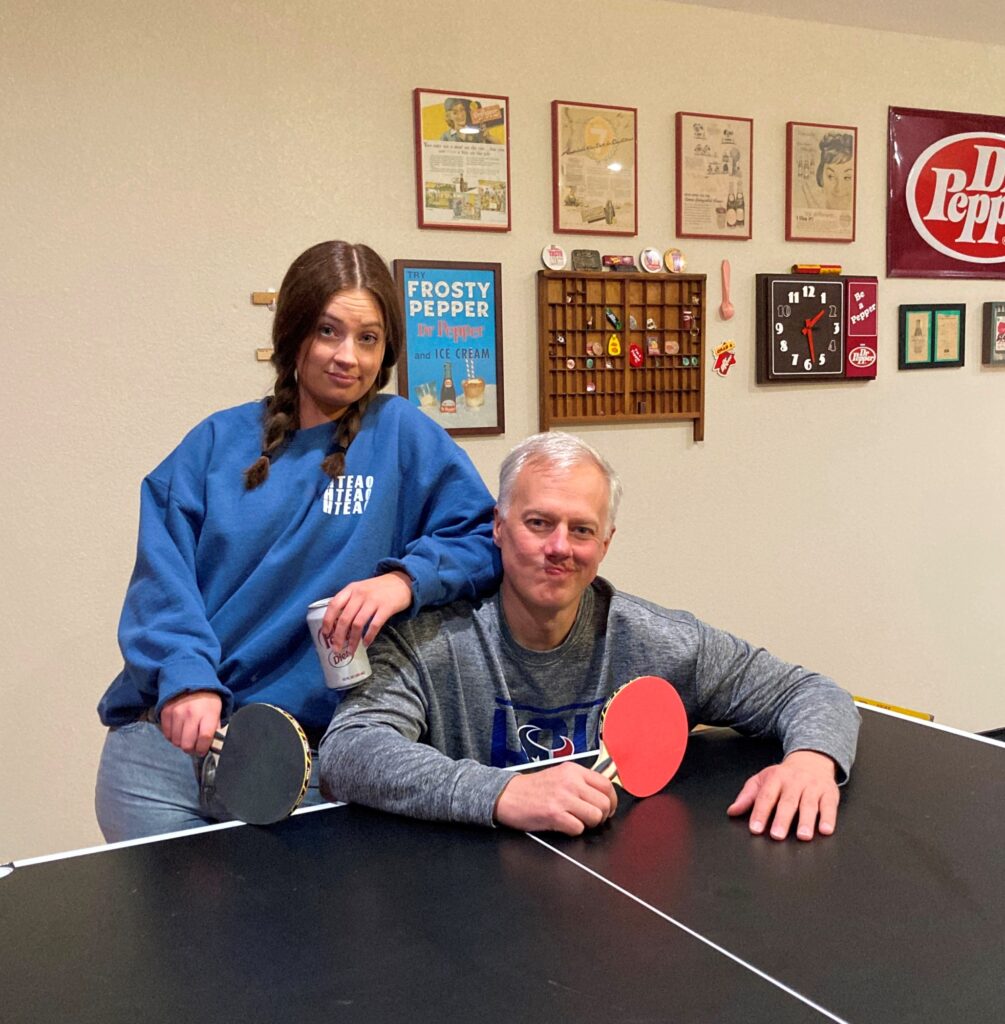 For ten years now, Carley and I have played Ping Pong together every single week – sometimes multiple times per week, but always at least once, and always at least two games every time we play. We got the table in the summer of 2011 when Carley was twelve and I imagine we’ve played probably 1,200 or 1,300 games of Ping Pong. And I’ve never lost.

I’ve never let Carley win, probably, because my dad never let me win. My dad and I duked it out under the aluminum patio cover on the back porch of our family home about as often as Carley and I play – it was constant. I don’t remember ever not having a Ping Pong table. It started out in the garage when I was too little to play and would only be set up when we had company. Couples from church, Uncle Gerald and Aunt Alice – after dinner we always wound up in the garage playing Ping Pong. But sometime in the mid ’70s, when I was about ten or so, we added another four feet to the concrete patio, had the cover installed, and got a new Ping Pong table to go with it. My dad and I played almost every day and he never let me win.

And then, one evening, during the summer between my sophomore and junior years in high school, under the glow of the yellow bug light on that back porch, I beat him. And it was a big deal. I don’t remember the score. But I remember celebrating very loudly. I remember yelling at the top of my lungs in great relief and tremendous joy. I remember running inside to tell my mom and my sisters. I remember feeling like I had really accomplished something really great. He did not let me win. He did not take it easy on me. I beat him one-on-one at his own game and it meant something. It was significant.

Carley’s never beaten me. She’s come close a half dozen times – I think we’ve gone to deuce once, maybe a couple of years ago. We play together as partners when my siblings and their families come to visit. But she’s never beaten me.

It was bound to happen.

Carrie-Anne walked in. Well? She won? I was on my knees at my end of the table, still not quite believing what had just happened. Uh, yeah. She did. By this time, Carley was on the phone to Valerie, telling her middle sister about her victory. Whitney was beside herself with glee at my demise. The above picture was taken to commemorate the occasion.  And Carley left for work.

It was going to happen. Carley’s paid attention to improving her forehand over the past month and for the past couple of weeks she’s concentrated on her serve – both have improved significantly. I just wasn’t ready for it to happen today. But it has.