Forgiveness is the Only Way 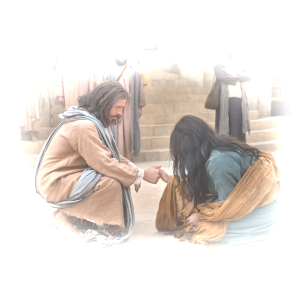 Our Lord teaches us to pray: “Forgive us our sins as we forgive those who sin against us.”

We are faced with lots of sin, sin everywhere — personal sin, family sin, institutional sin. But Jesus doesn’t tell us to get a mop and a bucket and a brush so he can show us how to scrub the sin from our lives and the lives of our children and spouses and neighbors. He doesn’t tell us how to hook up a power hose so we can blast away all the corruption in government, all the sacrilege in our churches, and all the unbelief in our schools. Jesus tells us to pray: “Forgive us as we forgive.”

Our God deals with sin. He deals with sin decisively. Head-on. Effectively. It’s not like getting rid of a germ: “Here’s a shot, take these two pills, and call me in the morning.” It’s not like getting rid of mice in the attic: “Set out these traps, put out this poison, then Whack! Whack! Whack! All the sin is gone!” And God doesn’t deal with sin by amputation, like it’s gangrene on a diseased leg: “We’re going to chop it off. It’s really going to hurt. You’re going to have a severe limp the rest of your life. But, hey, there’s no sin!”

God deals with sin by forgiving us.

If something’s going to be done about sin, it’s not going to be with laws and commands and rules. Do we think what’s wrong with this world is something we can fix on our own? We can’t. Do we think there are judicial or governmental or educational or psychological ways to deal with sin? There aren’t.

Forgiveness is the only way.

“As God’s chosen people, holy and dearly loved, clothe yourselves with compassion, kindness, humility, gentleness, and patience. Bear with each other and forgive whatever grievances you may have against one another. Forgive as the Lord forgave you.” ~Colossians 3:12-13

Forgiveness is the only way to deal with sin. It does not settle all the questions of blame and fairness. In fact, it purposefully avoids those questions. What forgiveness does is allow a relationship to start over. Forgiveness brings people back together. It begins a good thing anew.

But a lot of us live in a logjam between forgiveness and justice. When somebody does me wrong, I can think of a million reasons not to forgive. He needs to learn a lesson. I don’t want to encourage her irresponsible behavior. She needs to learn that actions have consequences. I was the one wronged – he needs to make the first move. How can I forgive if she’s not even sorry?

Remember the woman in John 8 who was caught in the act of adultery? They bring her to Jesus and throw her down at his feet. The Law says she should be stoned. But Jesus says, “Hey, whoever has never sinned can throw the first rock at her.” The young look to the old. The old look to their hearts. And they drop their rocks and walk away.

Jesus and the woman are left alone. The Lord stands up and looks around.

“Where is everybody? Has no one judged you guilty?”

“I also don’t judge you guilty.”

If you ever wonder how God reacts when you fail, take those words and frame them. Hang them on your wall. Read those words of the Christ. Drink from them. Take them into your soul. “I don’t judge you guilty.”

When we sin against God, that creates a barrier. But forgives us and removes that barrier. God gives up his holy right to get even. Instead, he bears the cost of our sin in his own body. The sin is gone, the price is paid, and the relationship is restored. God made him who had no sin to be sin for us. You can’t get any more plain than that.

Justice is not the best or last word. In all matters of wrongdoing, in all matters of sin, in all that is wrong with the world and with us, in all that is wrong with our enemies and our friends, forgiveness is the best and last word. And forgiveness must be our first response to every person who hurts us or sins against us. We’ve got plenty of police officers and judges and juries and prosecuting attorneys to say, “You’re guilty!” Who’s going to say, “Father, forgive them?” If it’s not Christians, who’s going to say, “I don’t judge you guilty?” If not us, who’s going to say, “Your sins are forgiven?”

However important justice is — and it is very important — forgiveness is more important. Not soft sentimentality, but hard-edged Gospel. Not an apathetic shrug of the shoulders, but the white-hot flame of resurrection love forged in the furnace of the cross. Assuming that the criminal crucified next to Jesus was receiving a just sentence — he admitted it himself — forgiveness trumped justice that day. It always does.