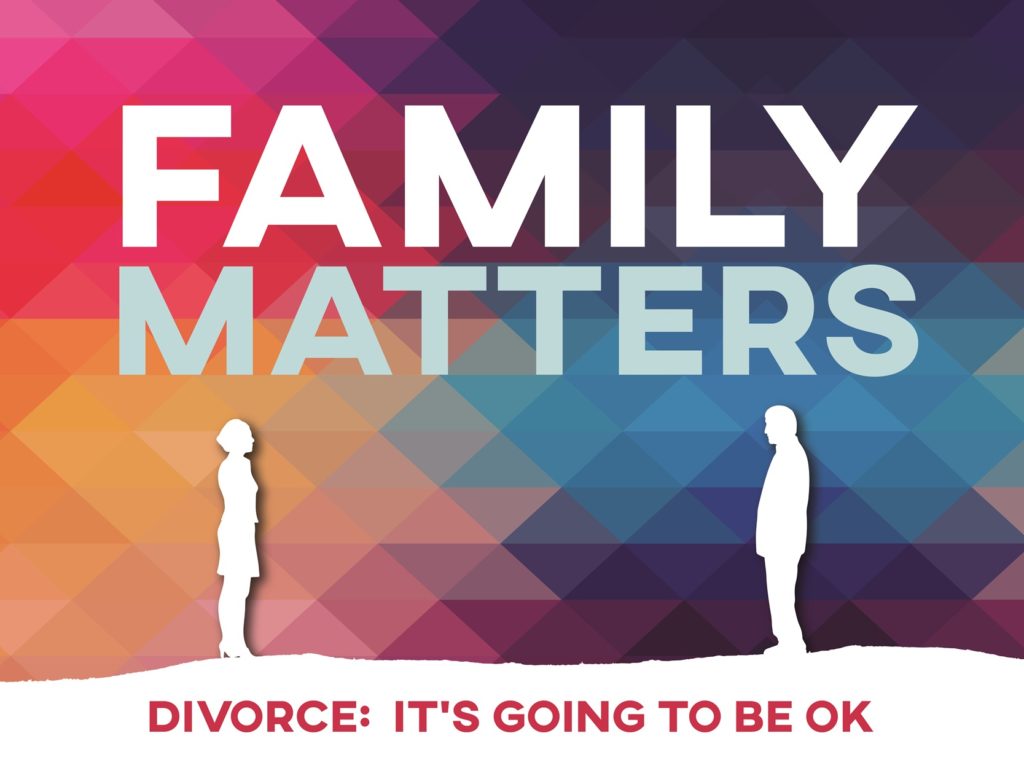 Part One: Divorce is Sin.
Part Two: The Church has Tried to Legislate this Sin through Law.

“To the married I give this command (not I, but the Lord): A wife must not separate from her husband. But if she does, let her remain unmarried or else be reconciled to her husband. And a husband must not divorce his wife.” ~1 Corinthians 7:10-11

The correct translation of the first sentence in verse 11 is “let her remain unmarried” and not “she must remain unmarried.” The original Greek word is menato – “let her remain.” Well, why does Paul want a divorced person to stay single? In 1 Corinthians, Paul wants everybody to be single. He truly believes that’s the best way to be a Christian. It’s the best way to serve God. He says it in verses 7, 26, 32, 34, and 40. Paul consistently emphasizes the benefits of being single; we’d be surprised to see anything different.

In verses 12-16, Paul talks about Christians who are married to non-Christians. His advice is to stay together in the marriage. Holiness is contagious. Don’t underestimate the power of God’s grace.

In verses 17-24, he gives the general counsel to stay as you are. He says it three times.

In verses 25-26, Paul talks to virgins and he tells them to stay single. He truly believes you can serve Christ better without the worries and responsibilities of marriage.

And now in verses 27-28, he says it’s not a sin for a divorced person to remarry:

“Are you married? Do not seek a divorce. Are you divorced? Do not look for a wife. But if you do marry, you have not sinned.”

Again, the original Greek language is important. “Are you married? Do not seek lysin (‘to be loosed’). Have you laylysin (‘been loosed’)? Do not look for a wife. But if you do marry, you have not sinned.” Paul says it’s not a sin for the divorced to remarry. The old NIV butchered this and the new NIV makes it worse. For some reason the NIV uses two different words to translate the same Greek word used twice in the same verse like it’s two separate things. But most every other translation since Paul wrote it uses the same word twice to mimic the Greek. Check the KJV, the New KJV, ASV, NASB, NEB, Alexander Campbell’s Living Oracles Bible from 1835, Webster’s translation from 1833, the Rheims translation from 1582 (older than the KJV), and the Revised Challoner-Rheims Version put out by the 1950s Catholic Church, perhaps the most conservative when it comes to divorce and remarriage. It’s not a sin for the divorced to remarry.

We cannot object to plain Scripture because we think Jesus said something different. Jesus is answering a specific question about a detail in the Law of Moses and, as Christians, we see the Law of Moses differently. Jesus tells the lepers to show themselves to the priests; nobody’s arguing for the sick to do that today. Jesus says to lay your gift at the altar; we don’t make animal sacrifices in our worship assemblies anymore and nobody’s saying we should.

But what our Lord says is very important. Do not read me as discounting the words of Jesus. In Matthew, Jesus reminds the people about the certificate of divorce. The certificate is what gave the divorced woman the right to remarry. Everybody who was listening to Jesus assumed that divorced people can remarry — that’s the whole point of the certificate! All of Jesus’ listeners assume divorce and remarriage are less than ideal; but they never conclude it’s impossible or that remarriage is a sin. It’s not prohibited anywhere in the Law of Moses. The right to remarry has always been an assumed result of every divorce.

Divorce is sin, not remarriage. It’s not a sin to remarry after a divorce. There’s no such thing as an adulterous marriage.

The Bible also tells us that Christ Jesus died to forgive us of those sins and to bring us into a righteous relationship with our God.