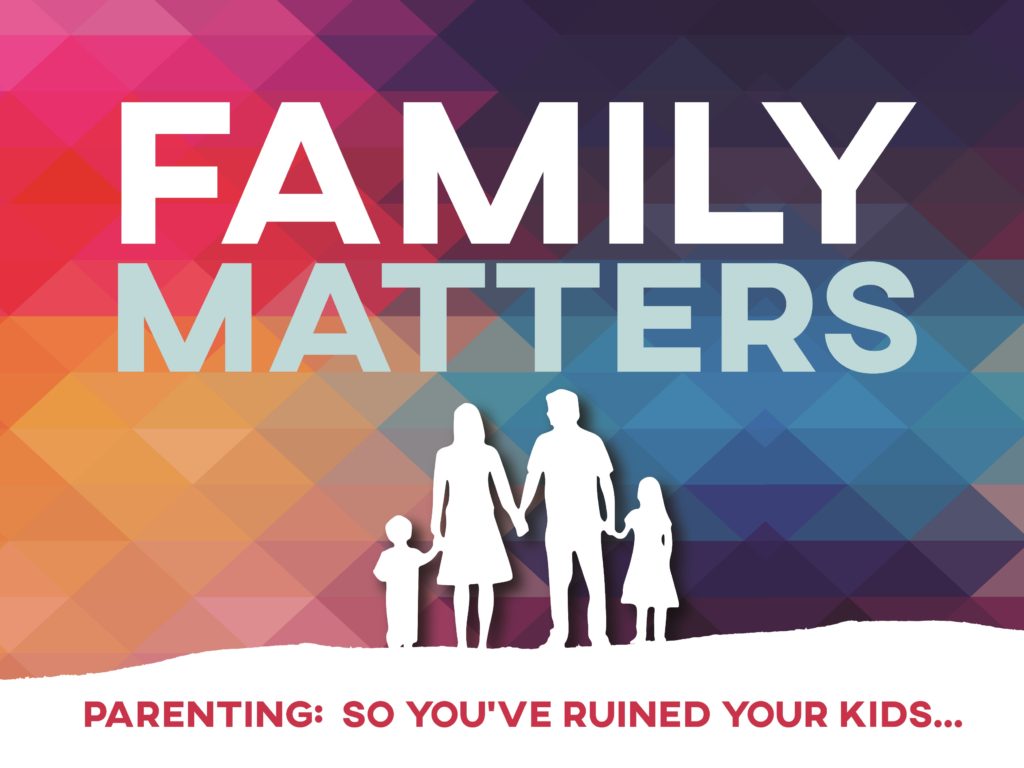 (This is part four of last Sunday’s sermon at Central, “Parenting: So, You’ve Ruined Your Kids…” I started posting these in order on Monday and I’ll finish it up in this space tomorrow. This is one sermon out of our current six-weeks “Family Matters” series.)

As the parents, you have God-given authority over your children. God is very clear in the parenting passage in Deuteronomy 6: “These commands I give you? Yeah, impress them on your children. Train up your child in the way he should go.”

“Bring them up in the training and instruction of the Lord.” ~Ephesians 6:4

Let’s say there’s a guy where you work in a different department from you and at a lower rank than you, but he barges into your office and says you must begin work on a certain project. You might say to him, “You don’t have the authority to tell me what to do.” You don’t mean that words cannot come out of his mouth, that he’s incapable of talking to you and speaking instructions. You mean he doesn’t have the right or the responsibility to direct you. Now, if he points a loaded gun in your face and says, “Do this project or I’ll shoot you,” you will do what he says, but that doesn’t mean he has the authority. He just has the raw power to force your compliance. That’s not what authority is. Authority in the Bible is not about power, it’s about responsibility and right.

Jesus says his authority is proven by the fact that he lays down his life for us. Your authority as a parent is not in that you’re bigger than your child, or older, or stronger, or in your title of Mom or Dad. It’s in your sacrificial love for your children. It’s in your heart for them and your deep desire to see them grow up to bring glory to God.

You have that authority and it should be used appropriately.