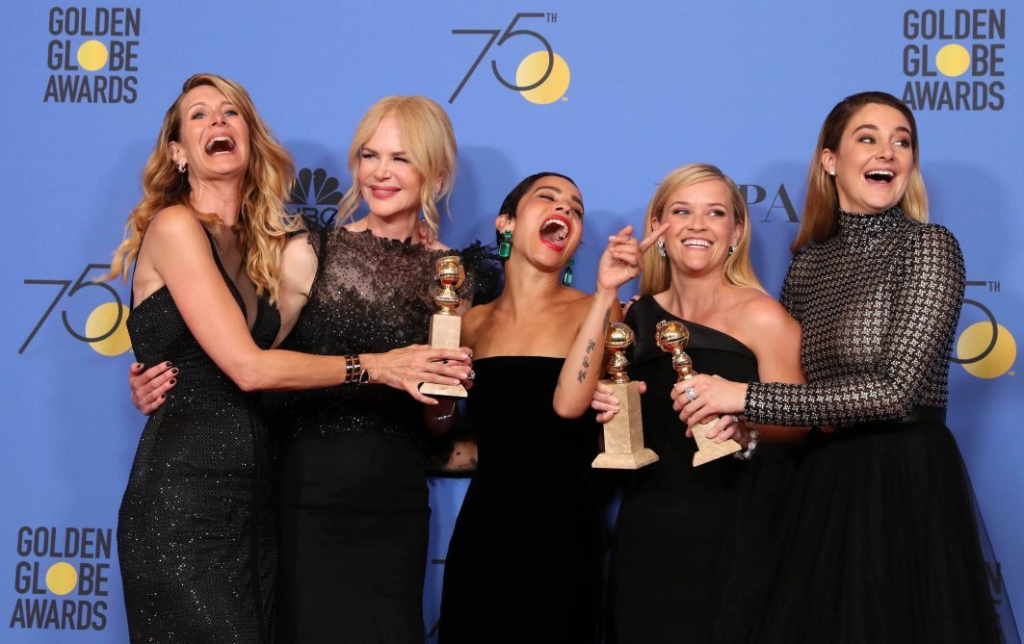 My brilliant brother Keith Stanglin has written a provocative post for the Christian Studies blog at Austin Graduate School of Theology on “Sexual Harassment and Hollywood’s Double Standard.” He expertly exposes the hypocrisy of an industry that sells sex as nothing more than a bodily function, a pleasurable thing to do with another person — sex whenever and with whomever you will — but then “occasionally wants to maintain that sex is an intimate matter, not for public consumption, not for objectification or merely for someone else’s pleasure.” He makes the point in this post that the entertainment industry’s very public outcry against the bad sexual behavior is counter to Hollywood’s core message and actually belongs to the mindset of a Christian worldview. The message characterized by #metoo and timesup and punctuated by black dresses at the Golden Globes is hard to arrive at without a Christian understanding of God and humans and sex. So, the whole thing is confused and it’s confusing. And, in Keith’s estimation, nothing will change in Hollywood or popular culture or in American society unless there’s some kind of honest evaluation of and commitment to the Christian ethic. In other words, don’t hold your breath. But do read his post.

Our God is putting people in front of you every day. He’s bringing people right into your presence all the time.  God is always at work, constantly drawing people to himself. And we get to decide each time whether to lean in or step back. You get to decide whether to say ‘yes’ or to ignore it.

How many times did Moses balk? For some reason, he thought he had to be somebody important for God to use him. Think about Joseph: his brothers hated him, they sold him into slavery, he winds up in the governor’s house, he gets thrown in prison, then he becomes second-in-command in the Egyptian Empire. At the end of the story Joseph says twice that God put him where he was in order to save many lives. That’s the reason God chose Moses, to save many lives. The same goes for Jonah and Esther and Samuel and Deborah and Peter and Paul. And you, too.

You were chosen by God in Christ for the saving of many lives. God is always working to save lives. And he usually uses the least likely people to do it.

In John 5, Jesus says, “My Father is at work every day and I, too, am working.” Don’t you love that?

“My Father is at work every day and I, too, am working.” Oh, I want that to be my attitude. I want to be taken over by that thought. Don’t you?

“My Father is at work every day and I, too, am working.” That’s Jesus. That’s the One who came, in his own words, not to be served, but to serve and to give his life to save many lives.

And on that last night before he willingly walked to the cross, just hours before his death that would take away the sin of the world and reconcile all of creation back to the Creator, he looked his followers in the eye and said, “Remember, you didn’t choose me; I chose you and appointed you to go and bear fruit — fruit that will last!”

May our eyes be open and our hearts in tune with what God has planned for us in 2018. May we embrace his vision and throw ourselves into his mission with everything we’ve got, to his eternal glory and praise!