The Witness of Sinners 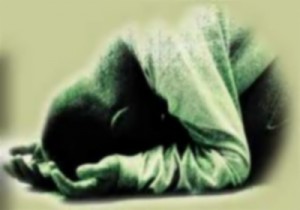 I’m returning today to the interview in Christian Century with Jennifer McBride, the author of a soon-to-be-released book on the role of God’s Church in the world. The book is called “The Church for the World: A Theology of Public Witness.” McBride tackles the question of the Church’s grand mission and the misunderstandings about the methods for achieving the divine task. To me, her theology is all about rejecting the ways of the world and embracing the ways of our Lord. It’s not unlike Eugene Peterson’s “The Jesus Way,” which has had a significant influence on my own thinking and growing.

About a third of the way into the article, David Heim asks McBride why the cross of Christ and Christ’s sufferings for sinners, while at the very core of the Church’s faith and theology, is not a part of the Church’s witness. Her reply:

“In white North American Christianity, the cross tends to function as a symbol for Jesus taking on my individual sin and forgiving me. It refers, in other words, to a central claim in a doctrinal system rather than to a way of life, a way of being in the world based on conformation to the incarnate and crucified Christ.

When we examine Jesus’ public presence we see that his whole way of being in the world was marked by the cross; he took “the form of a sinner” in his life and in his death in order to be in solidarity with fellow human beings. It is by being in solidarity with sinners that Jesus brings about reconciliation. This is not a picture of Jesus that churches often emphasize.”

(I knew I liked her for some reason. I think this book probably borrows heavily from Bonhoeffer.)

If Jesus redeems the world in the form of a sinner, then the Church must join God in this reconciliation ministry by taking that same form. We are not standard-bearers of a superior morality, we are sinners. All of us. We are not this world’s judges, we are sinners. All of us. Somewhere over the past 50 years or so, the Church began to understand faithful Christian witness as duking it out with the world over morality. This seems to be the exact opposite of the ways of our Christ. Jesus never presented himself as a perfect human being. He took the form of a condemned sinner.

Yes, I believe individual Christians and God’s Church as a whole should have and take strong positions on abortion and war and food stamps and immigration. But it’s our disposition as sinners, it’s our humility and grace as sinners, that should inform and give shape to those positions. It’s our commitment to Christ-likeness that should run through our attempts to promote those positions.

McBride argues for an abiding spirit of confession and repentance:

“By confession of sin, I mean a pattern of speaking that acknowledges Christians’ inherent entanglement with society’s structural sin and our complicity in specific injustice. By repentance, I mean concrete social and political activity that arises from the church community taking responsibility for that sin.

Political activity that stems from a felt need to repent is my answer to the question of how a witness can be at once bold and humble. It is bold because it takes a stand on particular issues affecting the welfare of other human beings. It is humble because it points fingers away from others and toward itself.”

This increasingly anti-institution, anti-authority, and anti-religion age is turned off by most displays of authority, superiority, and judgment. Well, duh! I think the world has always been mostly turned off by those things. No wonder the Church is struggling right now to captivate the unsaved with Christ’s salvation. We’re not giving them the meek and lowly Christ; we’re giving them some kind of pushy know-it-all who stands above the world instead of with it.

We are a people in need of constant conversion, in need of daily, if not hourly, change. Engaging the world as redeemed sinners, very much aware and open about our sinfulness, seems to be a much better way to go.