The Silence of Scripture 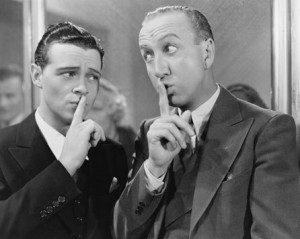 When our Restoration Movement divided between Disciples of Christ and Churches of Christ at the turn of the 20th century, it was largely a result of two different interpretations of silence in Scripture. As we’ve already seen, those opposed to the use of instrumental music during congregational worship reasoned that, since the Bible didn’t specifically authorize it, it was not allowed. There were no New Testament examples, so it couldn’t be practiced. On the other hand, proponents of pianos and organs declared that silence in the Bible permitted the use of instruments — Scripture didn’t specifically prohibit or condemn it. Since there was no biblical command against it, it was OK to practice it.

The same arguments regarding the interpretation of biblical silence were used for and against the Missionary Society, for and against located preachers, for and against open and closed communion. Is scriptural silence on a particular issue prohibitive or permissive? Does silence allow or condemn? I’m afraid we still run into forms of this debate almost every day. And we ought not.

When Alexander Campbell said, “Speak where the Bible speaks and be silent where the Bible is silent,” he didn’t mean that the lack of a clear biblical directive should embolden us to scream and yell and assert our own opinions about that silence and loudly and aggressively and divisively bind those opinions on others. He meant that we could all form our own thoughts and opinions — and they could be very strong opinions and passionately held — and then keep them to ourselves. Being “silent where the Bible is silent” means, in the words of the apostle Paul, “whatever you believe about these things keep between yourself and God” (Romans 14:22).

In my view, a reading of Romans 14:1-15:7 would convict any Christian of binding his opinions on anybody.

Paul says very plainly that we have “strong” Christians and “weak” Christians. His words, not mine. The weak Christians are vegetarians; the strong believers enjoy a good steak. The weak brothers keep all the Jewish holy days; the strong brothers don’t. The weak Christians are developing all kinds of elaborate worship and lifestyle theologies and drawing lines in the sand over what’s right and what’s wrong; the strong Christians don’t have very many lines and they’re not as concerned about which worship and lifestyle practices are right or wrong. The weak are criticizing the strong for being spiritually insensitive; the strong are looking down on the weak for being spiritually immature and inferior. The strong proclaim freedom in Christ; the weak say that doesn’t mean anything goes. The weak tell the strong, “You’re wrong!” The strong tell the weak, “Grow up!”

Paul commands both of these groups of disciples not to look down on anybody. Nobody is to condemn anybody. For God has accepted him. Accepted whom? This brother or sister or this group of brothers and sisters who disagree with you on your church tradition. This other Christian or group of Christians who don’t see eye to eye with you on your disputable matter. You’re not his master, Paul says. Christ Jesus as Lord is his master. Not you. Whether this other guy stands or falls is up to the Lord. Whether he’s right or wrong is up to God, not you.

And then Paul goes ahead and makes the judgment, he makes the call. “He will stand!” Whether he agrees with you or not or whether you’re both on the same page or not, Paul says this guy will stand because he’s in Christ. So, you accept him because Jesus accepts him. Christ died for him, Paul reminds.

Why do we have such a hard time with this? Is it because there might not actually be a “right way” or a “wrong way” to do a lot of the things we do in the name of Jesus, and we can’t stand it? Could it be that if we disagree with someone over a church matter or a biblical interpretation, one of us just has to be right and one of us just has to be wrong? How else would you explain our two thousand year history of dividing and dividing and then dividing even our divisions over trivial matters such as worship practices and leadership structures, days of the week and food and drink, baptism methods and signs on the front of the church? How else would you explain Paul’s clear command to be silent about such disagreements and never to label or divide over them? And our clear disregard and disobedience to that command?

You know, in this same Romans 14 passage, Paul doesn’t tell the weak Christians to change their minds about their immature beliefs. He does not tell them to change their practices which, again, he considers “weak.” In fact, he tells them not to change a thing. Why is that? Is it because, again, there might not actually be a “right way” or a “wrong way” to do a lot of the things we do in the name of Jesus?

“Whatever you believe about these things keep between yourself and God.” ~Romans 14:22