The New Has Come! 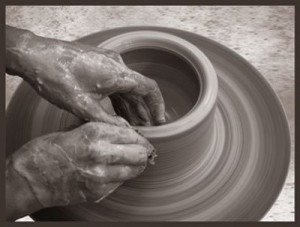 We hear the word “new” about thirty-one thousand times a day. All in TV commercials, I think. New this, new that, new everything. Everything’s new. New and improved. New and longer lasting. New and April fresh. No, most of those things aren’t really new. That detergent’s not really new: they just added some blue sprinkles inside the box and a fourth color on the outside of the box. That cereal’s not new; they just replaced the yellow stars with purple ponies. Come on, we’re wise to this scam. The word “new” just means less content, more complicated packaging, at a higher price.

That’s why Paul says “new creation.” Paul says participating in the death and resurrection of Jesus dramatically changes everything. The same God who created the heavens and the earth out of emptiness and darkness takes your emptiness and darkness, he takes your confusion and chaos, and creates a brand new person. You are truly a brand new person, full of God’s Holy Spirit, made to experience all of life in a brand new way. All of this is from God, Paul says.

The same power that was on display when God first said, “Let there be light” is at work in you. The same glory that characterized the forming of the mountains and the seas, the same glory of the making of the sun and the moon and the stars, the same glory that was present in the creation of that very first human being from the dust of the ground in the holy image of Almighty God, that same original and eternal power and glory now characterizes you! And everything around you!

The old has gone; the new has come! He has changed us! He has changed everything! What God has done and is doing in your life is just as magnificent and miraculous as the creation of the world!

My good friend Matt Richardson’s grandmother died Sunday in Abilene. He and I were exchanging some texts today about her and about the funeral later this week. He described her to me — “a Godly woman with plenty of spunk.” And then he wrote, “You’ll like her when you meet her.”

Yeah, I love that. I am going to meet Matt’s grandmother some day soon. I will get to know her. And I will like her.

When I thanked Matt for writing, “You’ll like her when you meet her,” he texted right back: 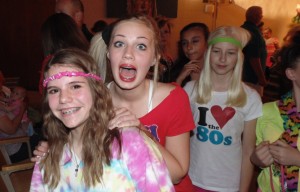 Carley and the show choir at Bonham Middle School rocked the ’80s last night. If the music from my high school days is considered by today’s kids to be old and nostalgic, what does that make me?