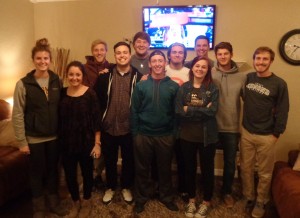 A group of ten college kids (nine from OC, 1 from ACU) showed up at our house Friday night and left with Valerie for a weekend ski trip to Angel Fire. Four of the young men grew up at the Legacy Church of Christ and were in the youth group when we were there from 2006 – 2011. Colten Pace is standing on Valerie’s right in the picture. Behind Colten and Val is Dillon Byrnes, the son of David and Shanna. We were in small group with the precious Byrnes family for three year and still count them as great friends. Hudson Enger is behind Dillon’s left shoulder and Trevor Jones is standing behind Dillon’s right shoulder. It was so great to see them now in such a different context. They’re college kids now, out on their own, growing and learning and experiencing life together in new ways. And so full of God’s joy. The other six kids — I have no idea who they are. I know a couple of them are in Delta and at least one of them is a Bible major. Good enough! 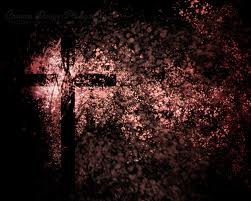 We’re memorizing and reciting the ancient Apostles’ Creed as a church family here at Central because we believe it can help cultivate Christian formation. We believe God is in the business of changing us. He’s making us more and more into the image of his Son. That’s what God is doing in us. So church is more like school than a show. It’s more like boot camp than a country club. We’re all in and have committed to the difficult process of being changed. And we think the Apostles’ Creed will help facilitate that. To order your life around these timeless statements about God and Christ will shape a person.

If you believe that Jesus Christ will return to judge the living and the dead, that will have an impact on how you live. Think about that. He’s coming back to judge. What a great guard against sin. What a great tool for the counsel we give each other. What a great pause that gives us as we make decisions every day between right and wrong. It’ll affect the way we live.

And you will forgive others. Has anybody sinned against you this week? Has anybody lied to you or hurt you or let you down in some way this past week? Do you believe in the forgiveness of sins? It’ll change you.