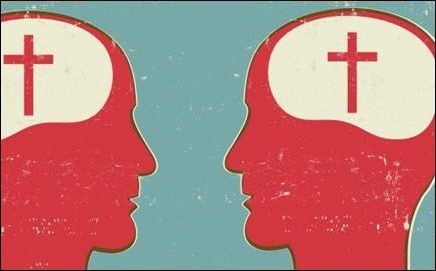 We’ve used the above Restoration slogan in the Churches of Christ for more than 200 years. We’ve quoted this little line as a guiding principle for a long time. It’s a creed, actually. And that’s OK. But it doesn’t really help much because what some people consider a trivial matter of opinion, others consider a non-negotiable matter of Christian faith. If you and I are arguing about something and the argument and the feelings are such that it’s dividing us and threatening to divide the body, then, of course, one or both of us believes with all hearts we’re dealing with a serious doctrinal matter.

And one or both of us will use the term “salvation issue” to either downplay or raise the status of our opinion.

“It doesn’t matter; it’s not a salvation issue.”

“We can’t budge on this; it’s a salvation issue.”

I’d like to make a bold and, maybe, scandalous proposal for all of us: Let’s stop using the term “salvation issue.” Let’s just stop saying it altogether. Let’s promise never to use that phrase in our debates about Kingdom matters.

When we get into discussions about “salvation issues,” we start ranking things in order of importance to God, in terms of what’s going to save us and what’s going to condemn us. We’ll bring up really important things like baptism and church and communion and worship, but we rarely talk about helping the poor or being kind to your neighbor or giving your money away which, the Bible says, are actually the weightier matters, the “salvation issues.” I would suggest they’re ALL salvation issues! Everything is a salvation issue. Whether a church has a kitchen or not is a salvation issue — not because a kitchen is right or wrong, but because of how you treat people who don’t feel the same way about it as you do.

“You folks who don’t have kitchens in your churches, grow up! You’re focused on the wrong things. It’s silly. You’re like the Pharisees. How backwards are you? When are you going to get serious about the Kingdom?”

“You folks with kitchens in your churches, I guess you’ll do anything. You see any kitchens in any churches in the New Testament? You let the culture decide everything in your church? We’re a little more serious about following Scripture than you are.”

See how kitchens at church is a salvation issue? Not the kitchen — but your heart, your attitude.

We need to stop saying “salvation issue” because we don’t do a good with it. We won’t fellowship a church because they sing different songs than we do or we won’t accept a group of Christians because they believe differently about baptism than we do, but we’re OK with lying to our customers or cheating on our spouses or ignoring the poor! We typically use the term “salvation issue” to categorize the issues I think are important and the issues we don’t think are important based on our own opinions and understandings. The salvation issue is your heart in all circumstances; the salvation issue is your attitude toward others in all things.

Here’s a link to something I wrote seven years ago on this subject that was prompted by a passage in Mere Christianity by C. S. Lewis. I’ll write much more about this through the week. I welcome your comments (click the comments link at the top of this post).