Saying “No” to the Good Ol’ Days

Demolition update from the west parking lot at Central Church of Christ: two buildings down, one to go. 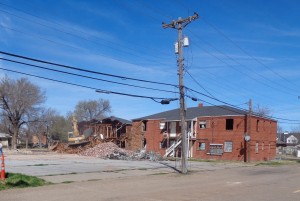 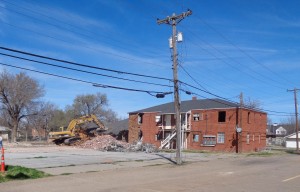 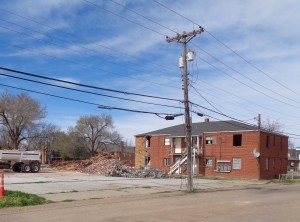 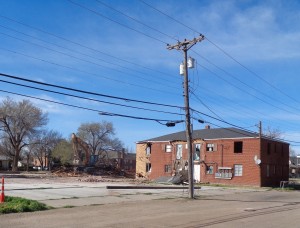 As the Super Tuesday voting frenzy continues — on the streets of Amarillo, along the crawl at the bottom of my laptop screen, on the TVs at the Chinese food restaurant — I’d like to consider aloud a question posed by Philip Yancey in his 1999 work The Bible Jesus Read:

“Is it possible that God permitted the entire tragic experiment of Israel’s nationhood in order to prove a point about the visible kingdom — any visible kingdom? Solomon, with every advantage of wisdom, power, and wealth — all good gifts from God — led his nation to destruction. Did God grant Solomon those advantages in order to put to death illusions and thus prepare the way for a new kingdom?”

David had every blessing of God’s strength. He possessed great military might and strategic power. He conquered foreign lands and expanded Israel’s territory. Every enemy Israel ever had surrendered to David’s kingdom. Solomon after him had every blessing of God’s wisdom and peace. Great building programs. Wonderful economy. Peace. And it all failed. It collapsed. It was destroyed.

All kingdoms of this world are built on strength and power, on wealth and force, violence and intelligence. Yet even at their very best, they all fail. History has proven this over and over again.

“A later king — one greater than Solomon, he claimed — established his rule instead among the lame and poor and oppressed and ritually unclean. He belittled Solomon’s glory by comparing it to that of a common day lily. He offered no rewards other than the prospect of an executioner’s cross.”

Consider that the Jews in Jesus’ time were clamoring for a return to the good ol’ days. They wanted a Davidic King who would restore the nation back to the days when they were in charge, when they submitted to no one, when their enemies bowed to them, when the differences between them and everybody else was clear. They were hungry for a return of their nation to Solomon’s splendor, when peace was protected by the world’s biggest army, when religion reigned in fancy robes under the magnificent national temple, when everybody had plenty of what they wanted.

Jesus said “No” to that. Clearly.

Even after he was brought out of the tomb by God’s Holy Spirit, the disciples were still asking, “Are you going to restore the kingdom now?”

I hear Christians today clamoring for some return for the United States to some long ago glory days when followers of Jesus were in charge. Christians made the rules, I hear. Christians set the tone, they say. Christians had the respect, the power, the influence. Our churches were full and the laws of the land reflected our Christian will. That’s what they say. And, apparently, that’s why they vote. For the good ol’ days of Bush. Or Reagan. Or Solomon.

The good ol’ days were never ever ever better than David’s and Solomon’s. Those were the very best of anybody’s good ol’ days. And Jesus said “No.”