Resurrection of the Flesh 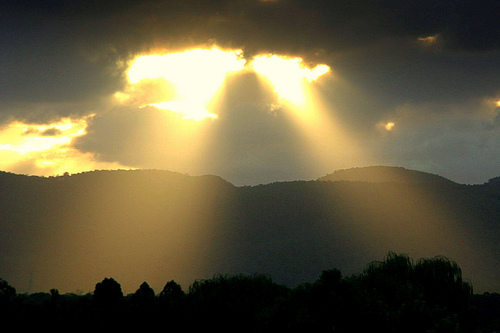 Christians believe in the resurrection of the body, not the immortality of the soul. The resurrection is a physical, bodily resurrection. When Jesus was raised, God didn’t leave his body in the tomb. The Scriptures go out of their way to show us this. After the resurrection, the first thing Jesus did with his disciples in all four biblical accounts is eat and drink with them to prove he was not just a spirit. He even says it in bright red letters, “Look, I’m not a ghost! A ghost doesn’t have flesh and bones!”

1 Corinthians 6 says “By his power God raised the Lord from the dead and he will raise us also.” Romans 8 tells us we’re looking forward to the redemption of our bodies, not redemption from our bodies. God’s physical, fleshly, earthly creation is good; it’s very good. He’s not going to destroy the world, he’s redeeming it. He’s not going to destroy your body; he’s going to raise it and restore it.

There’s this very pagan, very Greek, and now very Western belief — conviction, really — that our true selves are our spirits. My true self is my soul and my body is just a temporary shell. My true self, my spirit, is trapped in my body and some glad morning when this life is o’er, I’ll fly away! Like a bird flying away from prison bars, my soul will leave my body and I’ll live forever as a spirit, my true eternal self. So my body dies, but I really don’t. I continue to live on and pass over to the spiritual realm where I came from and where I really belong.

That is not what Christians believe.

We talk like it, though. We’ll look into a casket at a funeral and say, “That’s not really him. That’s just his body.” Or we’ll say, “She’s not really dead. Her spirit never died.”

That kind of thinking and talking denies the terrible reality of death. The Bible never pretends that death’s not that big a deal because we don’t actually die, we just “pass on” to our new kind of living. According to Scripture, death is real and total and dreadful. Our Lord didn’t face death with the calmness of somebody just taking a trip to the other side. He faced it with loud cries and tears that God would spare him from death. He sweat blood in the garden and begged God to avoid death.

Death is hideous and terrible because it means the end of us. Scripture calls death the awful enemy, not the welcome friend.

Our hope is not the indestructibility of our bodies or the immortality of our souls. Our hope is in the creative power of God Almighty! Our God calls things that are not as though they are and he makes the dead live again! Our hope is not in some internal capacity we have within ourselves, it’s in the power of God who raised Jesus from the grave and promises to do the exact same thing for us!