No Room for Dumb 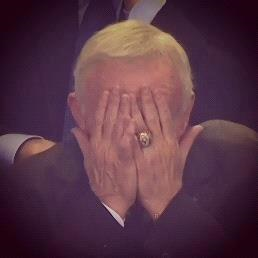 The Cowboys’ margin of error is so thin — the difference for this team every week between winning and losing is so small — there’s no room for dumb. And yesterday Terrance Williams went dumb.

Because of their 4-12 record last season, the Cowboys are playing a last place schedule this year. Because the NFC East is so weak, they’re playing the league’s easiest schedule overall. And when you’re starting a rookie quarterback and a rookie running back and half your defense is out on drug suspensions, you’ve got to win games like yesterday’s. At home, within the division, dominating time of possession, multiple drives of double-digit numbers of plays — it was there for the taking.

But Williams cut left instead of right. With his coaches screaming at him from the sidelines and even his teammate Dez Bryant yelling at him from on the field, Williams elected to stay in bounds with eight seconds left and no timeouts instead of stepping out of bounds to stop the clock for one more play or a really long field goal attempt by the best kicker in the NFL. We all know that the entire team was reminding everybody that whoever caught Dak’s pass would need to step out of bounds immediately. It was the last thing Dak said in the huddle: “I-14 Right, 89-pass, whatever-you-do-get-out-of-bounds-as-fast-as-you-can! Ready, break!”

Williams’ gaffe didn’t singlehandedly cost Dallas the game. If you’ve been watching this team at all over the past 20 years, you know if Williams hadn’t done something dumb, somebody else would have. And they just aren’t good enough to overcome it. Cole Beasley’s drop of a TD pass was big. Dez’s inability to make a great catch in the corner of the end zone mattered. The highest-draft pick the Cowboys have had in forty years, Ezekiel Elliot, averaging 2.6 yards per carry didn’t help. The Cowboys defense producing no pass rush and playing super soft in coverage gave Eli Manning and his receivers extreme confidence the whole second half. It was a lot of things. The margin of error is so thin for this team.

There’s no room for dumb. 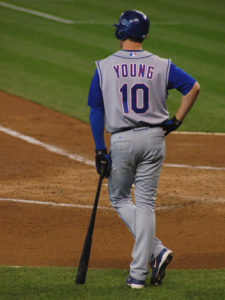 The magic number for the Texas Rangers to clinch the division crown in the American League West is down to ten. The additions of Lucroy and Beltran at the trade deadline have the offense clicking at almost 5.1 runs per game over the past six weeks. But I’m still worried about the pitching. Who’s that third guy going to be behind Hamels and Darvish? I want so badly for it to be Colby Lewis and/or Derek Holland, but both those guys are huge question marks. I know it’s not going to be Perez. You can win a five-game division series with two starters. But if you’re going to advance, you need that third guy.