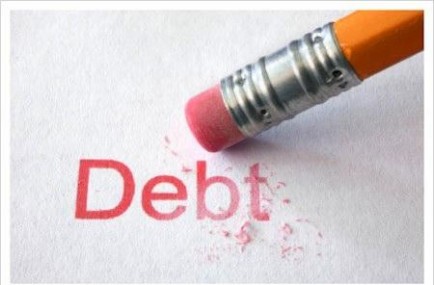 I’ll occasionally use this space to pass along something I wanted to use in Sunday’s sermon but, for whatever reason, didn’t. While preparing for last week’s lesson on the line about forgiveness in the Apostles’ Creed — “We believe in the forgiveness of sins” — I came across this excellent passage in N. T. Wright’s “How God Became King.”

“[Forgiveness of sins] includes, of course, just what it says to most of us: we are all overdrawn at the moral bank, and need to know again and again that God wipes out the debt and fills the account with his own freely given treasure. But when we step back from our own personal anxieties and awareness of guilt, we recognize that the world as a whole needs, longs for, aches and yearns and cries out for forgiveness — for that collective, global sigh of relief that means that nobody need seek vengeance ever again; that nobody will bear a grudge ever again; that the million wrongs with which the world has been so horribly defaced will be put right at last; that in God’s ultimate new world there will be no moral shadow, no lingering resentment, no character warped by another’s wrong. ‘Forgiveness of sins’ is not a purely negative term, getting rid of the moral stain and guilt that we all incur, though it is that, too. It is the positive presence of God and the Lamb, the Lamb whose shed blood has wiped the record clean.”

“We believe in the forgiveness of sins” doesn’t just mean we’re forgiven by God’s love and grace in Jesus. It also means we believe forgiveness is the way God is fixing the world. Forgiveness is the key to everything our God is doing. It’s how he’s decided to make everything right. So, as his children and disciples of his Son, we join him in his salvation work by forgiving. If we desire to mend the things that are broken, if we want to help people, if we want to change the world the way our Father is changing the world, we will forgive.