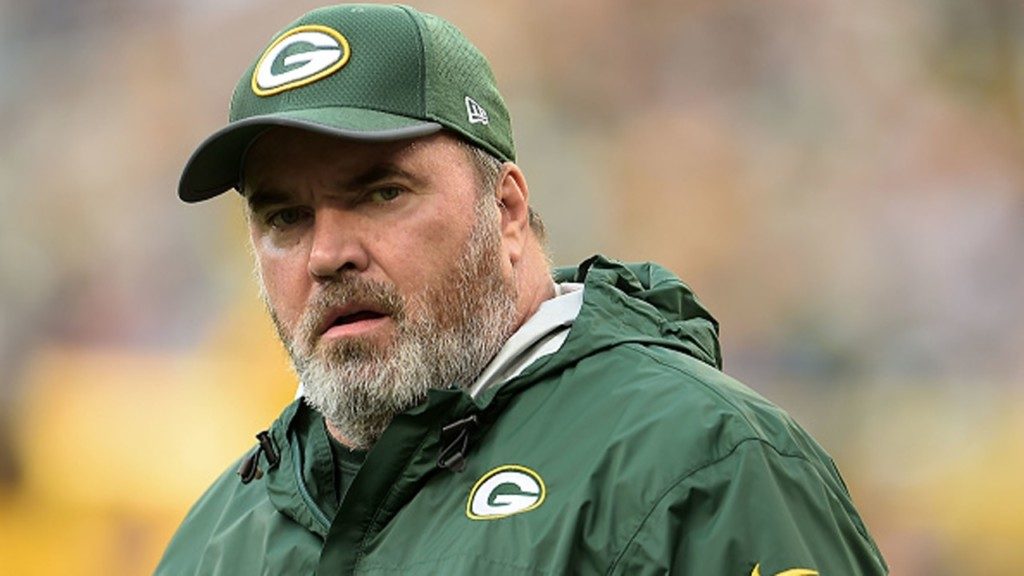 So… Jerry didn’t make much of a splash with his first head coaching hire in almost ten years. The news that Mike McCarthy is the next head coach of the Dallas Cowboys has been met with a deafening worldwide yawn. A shrug of the shoulders. At no time yesterday was it the lead item on the ESPN or Sports Illustrated websites. Jerry Wayne went with a 56-year-old guy with 13-years of NFL head coaching experience who’s been off the sidelines since December 2018.

Not Urban Myer. Not Lincoln Riley. Can you imagine the fireworks if he had inked one of those guys? He didn’t even call Nick Saban or Matt Rhule. He didn’t even pretend to flirt with the “favor of God” that would have come with Dabo Swinney. He went with McCarthy who, yes, won a Super Bowl with the Packers back in 2010. That last Super Bowl victory for McCarthy was in Jerry’s shiny new stadium during the same season Jason Garrett became the Cowboys head coach.

Maybe this is a positive move for the Cowboys. Maybe Jerry doesn’t want to make headlines as much as he wants to win a divisional playoff game for the first time in 24-years. Maybe McCarthy represents the experience and the savvy, the courage and guts, it takes to win at the highest level, to be committed mainly to what happens between the lines on Sunday afternoons and not so much to over-scheduling his stadium and over-pricing his beer. Maybe this will be like Andy Reid who got stale and got fired by the Eagles, re-invented himself and his schemes and the way he deals with players, and is winning big now in KC. Yeah, maybe.

But what if Jerry was out of options? What if the best and brightest and most exciting coaches won’t even consider working for the Cowboys owner? What if Mike McCarthy and Marvin Lewis are the only two who would even return Jerry’s phone call?

What if McCarthy was out of options? He turned down the Cardinals, Jets, and Buccaneers last year. He wouldn’t talk to the Browns or Panthers or Giants this year. Was anybody else calling? McCarthy was fired by the Packers in December 2018 when they were 4-7-1 and coming off a non-playoff season. Did anybody else want him?

No doubt McCarthy had to sign off on Kellen Moore as his offensive coordinator before Jerry would hire him. He was not allowed to bring in his own play-caller. Is that a good sign? Jerry did a similar thing with Wade Phillips when he forced Jason Garrett on him. He had Garret in place as offensive coordinator before he hired Phillips. He paid Garrett more than Phillips, causing all kinds of confusion and distraction as to who was really in charge, and eventually canned Son of Bum for the Red-Headed Genius.

But, ultimately, it probably doesn’t matter. Since Jimmy Johnson won back-to-back Super Bowls before any of my three daughters were born — those daughters drive cars and go to college and are getting married — the Cowboys have employed six head coaches. McCarthy is the seventh. Other than Barry Switzer, who won a Super Bowl with Jimmy’s team, none of those coaches have won even a divisional playoff game. The common denominator in all the mediocrity and irrelevance is the owner.

It doesn’t matter who you bring in as head coach. As long as the owner sets the running back rotation and decides who calls the plays, as long as Jerry Wayne makes the decisions on who starts and who gets paid, who gets disciplined and who gets a free pass, the confusion and complacency will remain. You can’t have a coach saying something in a team meeting in the morning and then have Jerry saying the exact opposite thing on 105.3-FM during the drive home. Until Jerry steps away from the team and concentrates only on selling his suites and signing the sponsorships, the Cowboys will be 8-8, fighting every year for a shot at a Wild Card berth and a first round exit.

Then again, Mike McCarthy is one of only four coaches in NFL history to take the same franchise to the playoffs in at least eight consecutive seasons. Tom Landry is on that super short list.

I’m betting that will be the last time anybody ever mentions McCarthy and Landry in the same paragraph.