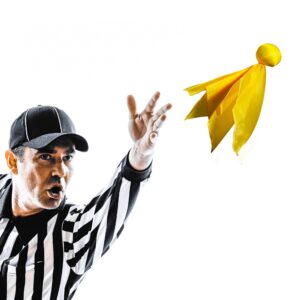 The first preseason game is for determining if your draft picks, free agent rookies, and second-year pros have what it takes to make your team and contribute to the organization. You don’t expect perfection; these are not seasoned veterans. But is there potential for them to fit into our schemes, to adequately fill the gap when a starter goes down, to provide depth and security in important ways?

The Dallas Cowboys’ rookies and second-year pros who played in Saturday night’s preseason opener in Denver looked like the starters in mid-season form, racking up 17 penalties for 129 yards in a sloppy 17-7 loss to the Broncos. Coach Mike McCarthy has repeatedly promised that penalties would be a “point of emphasis” after Dallas led the NFL in yellow flags a season ago and committed a record 14 infractions in their playoff loss to the 49ers. Whatever he’s doing, though, isn’t working. Clearly.