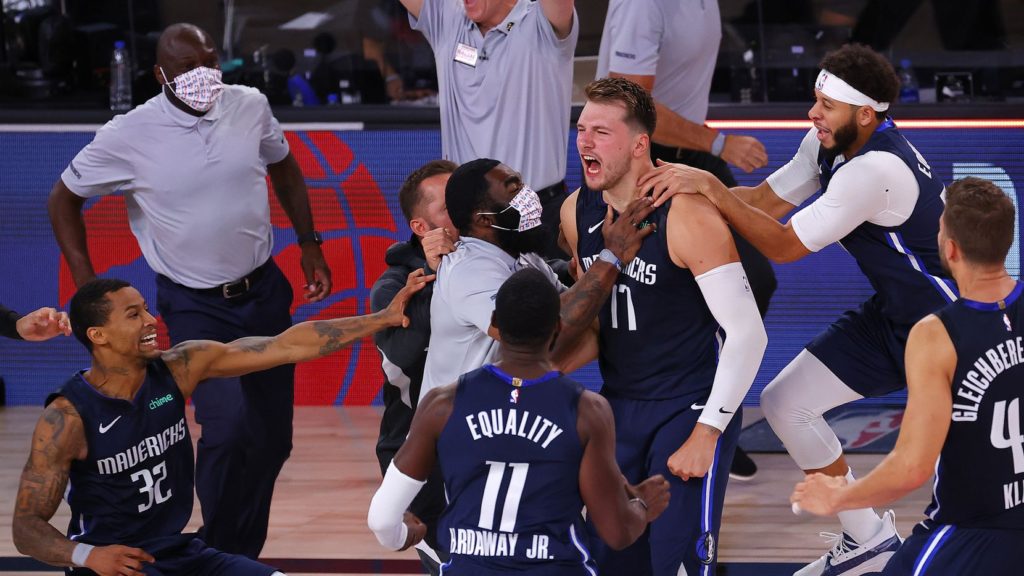 The Dallas Mavericks young superstar, Luka Doncic, was in the middle of an unbelievable 3rd quarter yesterday.  He was leading his team on a 16-0 run, accounting for more points in that period ( 13 points, 5 assists) than the entire L.A. Clippers team combined. He was fueling a crazy comeback, bringing the Mavs from 21 down to leading by eight. I texted our youth minister, Josh Jones:

“Luka is cementing his legacy on national TV!”

Doncic was not even expected to play in this game. A badly sprained ankle suffered 40 hours earlier in Game Three was probably going to keep him sidelined for this do-or-die affair. But there he was, limping through another incredible performance, notching another 40-point playoff triple-double, bringing his team back against all odds, going three-for-three on game-tying or go-ahead shots in the overtime period, and lofting a breath-taking buzzer-beater over a flailing Reggie Jackson to win the game and tie the series. 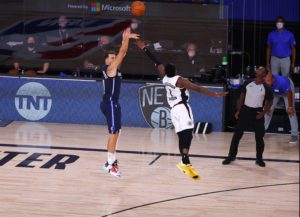 By now you’ve seen the shot multiple times. It’s classic Luka. Four dribbles, one between the legs, a step back beyond the arc on the left wing and BANG! Or, as NBC play-by-play announcer Mike Breem announced as the ball swished through the net 28-feet away, “BANG! BANG!”

If you didn’t know who Luka Doncic was 24 hours ago — and I’m talking about sports fans AND non-sports fans — you do now.

He scored 43 points yesterday, grabbed 17 rebounds, and dished out 13 assists for his second consecutive playoff triple-double. No one in NBA history has ever produced those numbers in a playoff game. Ever. Three games earlier, Luka had broken George Mikan’s NBA record for the most points ever scored in a playoff debut with 42. Now he’s only the third player in NBA history to rack up 40 points and at least 15 rebounds and ten assists in a playoff game. You may have heard of the other two: Oscar Robertson and Charles Barkley.

Luka is the youngest player in NBA history to hit a game-winning buzzer-beater in the playoffs. He’s the youngest to notch a 40 point playoff triple-double. And he did it on one leg! Without his sidekick, Kristaps Porzingas, who was a game-time scratch with his sore knee.

This Euro-stepping, lane-driving, bubble-bombing kid is so much fun to watch. And his numbers are other-worldly. He’s already accomplished more than any other player in league history at this age. Name them. All of them. Michael Jordan. Kobe Bryant. LeBron James. Luka is further along right now at 21-1/2 years old than any of them were. But as Mark Cuban said last night, we shouldn’t compare Doncic to any other players; he’s blazing his own trail.

This is Luka’s world. We just live in it.

I’ve long held a theory that the main thing separating the great players in the professional leagues from the good ones is not talent, but mental toughness. Once football players make it to the NFL or basketball players to the NBA, they are all pretty equal in ability. They have all been the very best among their peers from little league to middle school and through high school. They’ve always been the most talented in their cities. In college, they stand out as better than all their peers across the country or even around the world. Once they make it to the NHL or MLB, generally speaking, they all possess the same talents and skills, they’re all equipped the same. What separates Michael Jordan from Michael Anderson is heart. What elevates Emmitt Smith over Alex Smith is guts.

Who’s going to overcome injury and perform at a high level? Who’s going to show up early for practice and leave late? Who’s got the drive? Who wants the ball in the clutch? Who will play with a complete fearlessness and a supreme confidence? Who’s going to do whatever it takes for as long as it takes? That’s what separates the great ones.

And Doncic has it. All of it.

Not only were the Mavs down 2-1 in the series, down their second-leading scorer in the sidelined Porzingas, and down by 21-points in the second quarter, Luka was down a left ankle. Not only did Dallas fight and claw their way back to actually lead it by a dozen, the Clippers scored ten of the last twelve points in regulation to force the overtime. And the lead changed eight times in the extra period. But Luka and the cast around him kept fighting and pulled off the biggest playoff comeback in the team’s 40-year history.

They may not win another game this series. The whole “bubble” thing is making this the most unpredictable postseason in NBA history. They may win the whole thing! The Mavericks are building something around this kid that will yield multiple championships — I’m guessing at least two titles beginning in June 2022. He may be on his way to surpassing Dirk, Roger, Troy, Nolan, and Modano as the most prolific and beloved single-name sports heroes in Dallas. And we’ll always remember August 23, 2020 against the Clippers as the day the entire planet met Luka Doncic.