I hadn’t been preaching at Legacy very long, only a couple of months I think, when I first met The Drake. Chris Drake. “Rob’s Dad.” As I recall, he said something to me like, “Hey, I can tell; you’re trying to move us somewhere. You’re trying to change us. You’re trying to get us out of our seats in here and really following Jesus out there. I can tell. And you’re doing it the right way. Just a little bit at a time. Slowly, but surely. One yard at a time. Just keep matri 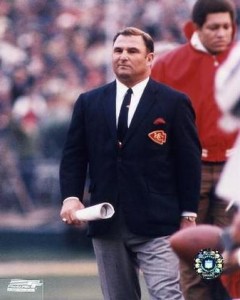 culating the ball down the field. That’s the right way. One yard at a time…”

And I stopped him.

“Matriculating the ball down the field???”

We wound up talking for ten minutes or so about Hank Stram and the old AFL and our great love for NFL Films: the grainy footage, the mud and the antiquated graphics, the authoritative voice of John Facenda. And we became friends. 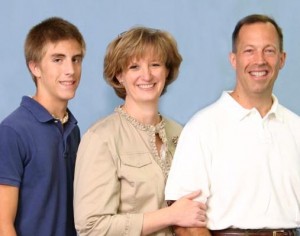 I learned early on in our friendship about their son, Rob. Chris talked to me openly about the pain he and his wife, Vanessa, endured while they struggled with Rob’s addiction to drugs. They had moved to Aledo, away from all their family and friends, away from school and church, while Rob went through rehab and cleaned up and got straight. Vanessa learned to quilt. She sewed and quilted during every spare moment she had during those dark days, every moment she wasn’t begging God to heal her son and fix their family. No, that’s not entirely true. She prayed while she quilted, too. Chris worked. And worked. He worked a lot. Working through the guilt he was feeling over things he might possibly have done to contribute to his son’s addictions. But all of that was secondary to doing what had to be done to help Rob. They went with Rob everywhere he went. They never left his side. They had been gone for a little more than two years. But now Rob was good — praise God! — and the Drakes were back. Some scars remained. There were some hurts that were going to take a lot more time to heal. But Chris and Vanessa were eager to serve, ready to help other parents deal with those same kinds of struggles, equipped to comfort other parents in their trials with their kids. And they had a new perspective. A much bigger picture of God and his Kingdom and his people. They were overflowing with gratitude to God. And very strong in faith.

After a few more months and a few more sermons, Drake approached me again. “You’re in for some tough sledding,” he said. “You’re calling people out of their comfort zones. You’re telling people that following Christ is more than just showing up on Sunday. You’re telling us that just going through the motions at church isn’t enough. You’re calling us to get involved with each other and with the lost world out there. And that’s hard. People aren’t going to like it.”

I didn’t quite know how to take it. Drake is a former Marine. An Aggie. He’s pretty hard-core. Determined. Stubborn. Even aggressive. But he was telling me he had my back. He believed in me and he was going to support me and stand by me no matter what. Love the Drake!

He began signing his emails to me with “#48.” He started addressing me as “Leonard” after the great Len Dawson, the quarterback Hank Stram coached and encouraged and exhorted down the field one yard at a time. I’d be in the middle of a sermon series, building toward something, bringing the church to what I hoped would be an “a-ha!” moment that would change our lives, and Drake would come up to me and say, “You’re about to drop the 65 Toss Power Trap, aren’t you?” That was the play Stram called for the game winning touchdown in those old Super Bowl IV clips. Sometimes Chris would be tracking with a particular theme of mine and say, “I think it’s time for the old 65 Toss Power Trap.” It was time to go for it. It was time to score.

Drake could tell when I got discouraged. He knew when I was struggling. He would text me or send me emails that said, “I’m turning the corner and I’m looking for contact!” And I would text him back. “No, no. It’s cool. I’m good. Everything’s fine.” I was never quite certain he wouldn’t go after some complaining member or some disagreeable elder if I let on for a split-second that I thought that might be OK. Love the Drake.

Drake gave me the book, “Made to Stick,” that compelled me to keep using personal stories, keep using little handouts and big visuals, keep using group participation in my sermons. He always asked me “Why?” Why does the church act like this? Why do preachers talk like that? Why do small groups function this way? Why do elders think like this? Why? Why? Why? He responded to every answer I gave, without exception, with another “Why?” until I had my own “a-ha!” moment. “Oh! That’s why!” Love the Drake.

None of this is to say Drake and I didn’t occasionally disagree. We had our arguments. I recall a conversation or two at IHOP regarding church politics and programs. I still think he says some things just to get me to jump offsides, just to get a reaction. He likes to stir stuff up, whether it’s at a Tuesday morning Bible study or a Sunday morning class. Like me, his timing is not always perfect. He claims he’s not really a member at Legacy because he’s an Episcopalian. That’s a copout for his not becoming more involved with the more difficult and sometimes ugly part of congregational life. Some church leaders use that same copout — Chris isn’t a real member — in order to ignore him. It’s much easier to ignore him than to pay attention to the challenging way he talks about real sacrificial discipleship. 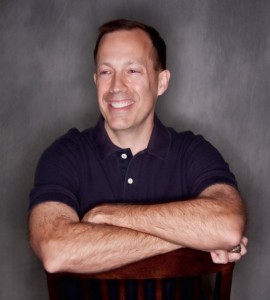 One Sunday morning Chris was leading our communion thoughts at the Lord’s Table. He used a couple of Ticket references — Ticket Schtick — in his comments. And that upset me. How inappropriate. How wrong. He just said those things to get me riled up. He began comparing the sacrifice of our crucified Lord and Savior to a perfectly turned double play by Ian Kinsler and Michael Young. Are you kidding me? And I stewed in my pew. We’ll never get him to do this again. This is a farce. And then Chris began crying. As he talked about God’s perfect timing and Jesus’ great sacrifice in order to save all of us sinners around that table, Drake choked up. Huge tears. Thin voice. And I saw The Drake’s heart. He revealed his heart to us that morning. His gratitude. His brokenness. His passion. His love for our God and his Church. He laid it out that morning at Christ’s Meal. Love the Drake.

Two years ago he gave me a replica Len Dawson AFL Kansas City Chiefs jersey for Christmas. Best gift anybody from church ever gave me. It spoke to his support of me and my preaching. It reminded of his pledge to block for me, to run interference while I carried the ball one yard at a time. It was personal. It meant a ton. I cherish that jersey. I’ll wear it on Super Bowl Sunday afternoon when I play in Central’s annual Toilet Bowl touch football game between the teenagers and the church staff.

We spent one of our last nights in North Richland Hills last summer before moving here to Amarillo with the Drakes at their house. Chris grilled some marvelous steaks. We talked and cried and prayed. So proud of Rob and what God is doing in his life now. We had been through Chris’ job loss together. Been through some rough times with Vanessa in the hospital. Going through a fairly difficult time with church stuff. And Vanessa gave us a quilt that night. A big, beautiful, hand-made quilt with bluebonnets and wildflowers; one of the first quilts she had made during one of the darkest trials of her life. It was personal. It meant a ton.

Rob’s Dad still emails me regularly. We still text each other during Cowboys and Rangers games. We both think Terrence Newman is a horrible tackler and that Ian Kinsler is a disaster on the basepaths. We both love Jason Witten and Dirk Nowitski. We texted each other through the Game Six loss. He writes on this blog every week. He still encourages me to keep matriculating the ball down the field, he still tries to draw me offsides with random comments about “White Jesus,” and he still signs off with “#48.”

But, Chris, here’s the deal right now: I feel like I’m in a totally different ball game. Right now, here at Central, I see open field in front of me. It’s like a quarterback throwback or something, some trick play that’s been drawn up and executed to perfection, and there’s nothing or nobody between me and the goal line. I’ve got all these blockers out front, and there doesn’t appear to be anybody to mow over. And it’s strange. Wonderful, yes, oh my word! But strange. I feel like Bill Cosby in his “Hofstra” routine:

“I looked up and there… was… a… hole. And I’d never seen a hole playing for Temple. But there was a hole. A big hole right in the middle of the line. And I thought, ‘My God. A hole.’ I turned to the people in the stands and I said, ‘Look at this! A hole! Do you see this?” And they said, ‘Yeah! Hurry! Run!” And I said, ‘Wait a minute; it could be a mirage.'”

Of course, it’s also like seeing my wide receiver open at the five yard line and all the defensive backs have tripped and fallen down. I’m sometimes afraid that he’s so wide open I’m going to short arm the pass and blow it. Pray for me, Chris, that I don’t blow it.

I could write just as much about dozens and dozens of people in my life who have gone out of their way to encourage me, to take care of me, to love me. I’ve been blessed by our God with countless friends who have pushed me and challenged me, stood by me in hard times and defended me to others. But “Rob’s Dad” is special. Somehow we connected. We couldn’t be more different — me and an Aggie Marine TicketHead from West Texas?!? But we clicked. He committed to me, really committed to me. And I needed it. Boy, did I need it. I’m so grateful to our Father that he used Chris to keep me going.

Thanks, Chris. Thank you. God bless you and Nessa and Rob.