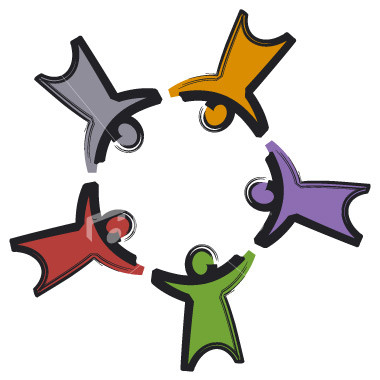 We’re going to keep at it for a couple of days here on Christian commmunity. You know, we say the word “fellowship” today and we immediately think about a big bucket of fried chicken and a green bean casserole. And hopefully somebody brought banana pudding. But in the Bible “fellowship” is much more than just a meal. “Fellowship” is everything! Koininea means sharing. It’s not something you do every fifth Sunday with a crockpot. It’s something you do every single day. Sharing each other’s blessings and each other’s burdens as we grow together and glorify the Lord. This fellowship of the saints is not some ideal that we’re trying to realize; it’s a reality created by God in Christ in which we’re called to participate.

Why? Why love each other? Why serve one another? What’s our motivation? Why would we be so concerned about this?

Well, it’s nothing we have to guess at. It’s spelled out very clearly in all the Christian letters. Our life together reflects God’s work through Christ. It imitates God in Christ. It lives into and embodies what our God is all about.

Paul begins his community directives portion of Romans 12 with “in view of God’s mercy.” Or, in other words, because God has been so merciful to us, we should love and honor and serve one another. In Ephesians 4, Paul tells us to be kind and compassionate to one another, forgiving each other just as in Christ God forgave us. In Ephesians 5, he directs us to submit to one another out of reverance for Christ. Colossians 3 tells us to bear with each other and forgive one another just as the Lord forgave us. On and on it goes. 1 Thessalonians 5. Hebrews 10. 1 Peter 1. What God in Christ has done for us and with us, we in turn do for and with others in Christian community.

God’s perfect love and sacrifice is fulfilled, it’s made complete, Scripture says, when we love each other with that same love. I forgive you because God forgives me. I serve you because God serves me. I give you what I have because God gives everything he has to me. I’m patient with you, I’m generous to you, I’m kind and gentle and compassionate with you because my heavenly Father is all those things to me. I submit to you because Jesus submitted to the whole world on a cross. I love and forgive my enemies because while I was God’s enemy, he put his only Son on a tree to save me.

That’s why we die to each other. We put to death our own selfish ambitions and vain conceits, we bury our own interests because of all the ways our God in Christ does that for us.

Why love and serve one another in Christian community?

Because I once was lost, but now I’m found; I was blind, but now I see.

Vickie dominated our second annual Central Staff Bowl Challenge, leading it almost from start to finish with an uncanny knack for picking all the right games and avoiding all the upsets. Down the stretch Vickie correctly picked eleven of the last fourteen college bowl games, maintaining the impressive lead she built before Christmas by picking the first six games in a row. On the far extreme other end of things, Connie finished dead last. And it wasn’t even close. For those of you who are really interested (sickos!), Hannah finished in second place (blame it on Baylor), Mary and Matthew and I competed for the top spot right into the final week, but our point values were a bit misplaced. Greg and Elaine and George all suffered very disappointing finishes in the middle of the pack. Gail was frustrated to be really bad, but not bad enough to compete for the last place prize. Adam made all his picks while driving his family from Houston to Amarillo at 3:00 in the morning; and it showed. Mark thought picking all the games A-B, A-B, A-B right down the column would be interesting; it wasn’t. Tanner and Kevin were the closest to Connie at the bottom of the pile but, in reality, she was never seriously challenged. Vickie has bragging rights for the next year and she and Connie both get a free lunch when our church staff celebrates the end of the football season and the beginning of the NHL season (what?) at the end of the month.

No sooner had the BCS Championship Game been decided last night (that was like about four minutes into the first quarter; what happened, I was watching the championship and an OU game broke out?!?) when the church staff moved on to the next big contest. With our own sister Mary about to drop anchor with the fourth little McNeil, we’ve all placed our bets on the day Mary dominos, the exact time she gives birth, and the gender of the little tot. This is such a competitive group; I love it! Guesses range from this Saturday (does Hannah have some inside, sister-in-law scoop?) all the way to January 23. I’m pulling for a girl at 10:15 Sunday morning January 20.