Let Us Go To Him 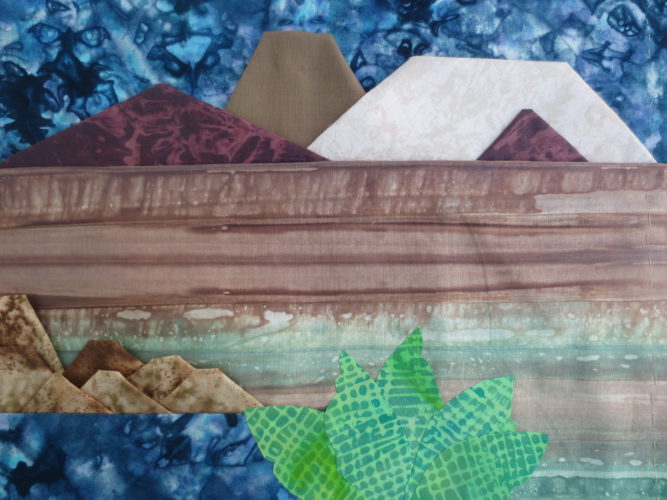 We know this in our heads. We understand the call and the logic to leave our comfort zones, to sacrifice our status and security, to minister to the marginalized and forgotten. That’s what Jesus did. That’s what his followers do. We know all this. But it’s difficult to feel it in our hearts. It’s even more difficult to embody it in our lives. But here’s the truth: Christians live with Christ as outsiders in this world.

Christians learn how to resist power and influence. Disciples of Christ avoid the centers of wealth and success and learn to feel more at home on the margins. Christians hang out with the outsiders, they become outsiders, they embrace living outside the city gates for the sake of the Kingdom that’s coming.

And I know we’re tempted to grieve the loss of our secure city. The tendency is to be troubled when we see and feel more evidence that the Church in the United States is being shoved to the outside. But the good news is that there’s tons of opportunity here. We’re actually finding ourselves where God has intended us to be all along: outside the gates! Instead of working from a position of power and authority, the Church in the U.S. is being forced now to work like it did in the first three centuries, from a position of weakness and marginal standing.

And we shouldn’t spend too much time and energy attempting to reverse it back. Trying to prop up the Church with power isn’t going to work. It’s time for all Christians in this land to follow Christ outside the gates. Let us go to him outside the camp, to the place of sacrifice and redemption. Let us renounce the world’s ways of power and wealth and be more at home working and ministering among the marginalized outside the camp. Like our Lord Jesus, let us go to and identify with those outside the city gates.

Like minorities. By the very definition of the word in conjunction with the broken ways of this world, minorities, generally speaking, do not experience status anywhere near the same level as others. In this country, because of past history and current structures and a thousand other very complicated factors, African-Americans do not have the same chances. The playing field is not level. In our city, Amarillo, African-Americans make up less than six-percent of the total population. They are marginalized. And there’s a confederate statue in Ellwood Park and there’s a Lee (Robert E.) elementary school in a black neighborhood in North Amarillo and there are confederate flags flying out the backs of pickup trucks from Pullman Road to Soncy. Where are the followers of Jesus?

Slippery slope arguments about erasing history and heritage are missing the point. The question for Christians is, will you identify with the city that’s fading away or with the enduring city that’s coming? Will you go to Jesus, outside the camp, and bear the disgrace he bore? Will you love your neighbor more than you love a flag or a statue? Will you love the African-American men and women of our city and this country more than you love the history and the heritage of the South?

Scripture says be careful to do what is right in the eyes of everybody. Live in harmony with one another. Do not be proud, but be willing to associate with people of low position, people who do not enjoy the same status or success. These are the very people chosen by Christ, remember? Not influential, not of noble birth, weak people, lowly people, despised people, vulnerable and oppressed people. Have we forgotten who we are?

Be careful to do what is right in the eyes of everybody. If it is possible, as far as it depends on you, live at peace with everyone. Love does no harm to its neighbor. Let us go to Jesus outside the camp.

“And do not forget to do good and to share with others, for with such sacrifices God is pleased.” ~Hebrews 13:16

Doing good to others and giving praise to God. Making sure we’re not setting up shop in the wrong city. Going where Jesus is, outside the gates. Where there’s no status, no security. Where it’s dangerous and intimidating and threatening. Where we’ll face certain opposition and accusation and persecution. Where just about all we’ve got is faith, hope, and love. 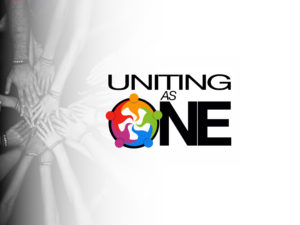 More than fifty Amarillo churches are coming together outside the downtown courthouse this Sunday evening for a praise and prayer service to express our Christian unity. “Uniting as One” will be a powerful testimony to our city and to anyone who’s paying attention that disciples of Jesus here are not going to be divided by race, by geography, by national politics, or by anything else this world uses to draw lines and build walls between us. We’re going to cry out to God for healing and for harmony and we’re going to sing to the Lord in spirit and in truth.

James Tudman, the Lead Pastor at Shiloh Missionary Baptist Church here in Amarillo, and I are quoted in today’s Amarillo Globe-News story about this city-wide, all-church, interracial, interdenominational worship assembly.

If you’re a Christian in the Texas panhandle, you’re invited to join us. Black, white, Hispanic, young, old, all races, all colors, all ages — bring your friends, bring your lawn chairs and blankets, grab some free parking, and let’s show this city that we really do belong to the Prince of Peace and he’s bigger and stronger than anything that might possibly divide us.