Keep It Between Yourself and God 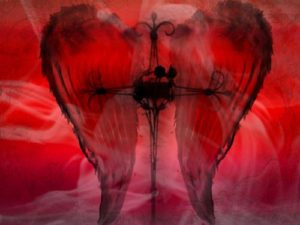 Paul tells the fractured house churches in Rome that each Christian or group of Christians should be fully convinced that the things they believe and practice are the right things in the eyes of God, but don’t you dare bind those things on other disciples who don’t feel the same way. If my brother or sister believes or practices something different from me, we assume he’s doing it to the Lord, she’s doing it before the Lord, they’re doing it in the presence of the Lord with a clear conscience. We assume that my sister with a different belief or a different practice is not believing or practicing arbitrarily. She’s not doing it with a bad attitude or with bad intentions. She’s doing it with careful study and serious prayer and reflection. And she’s fully convinced she’s doing the right thing. So everything’s fine, Paul says. Don’t judge her.

“For this very reason, Christ died and returned to life so that he might be the Lord.” ~Romans 14:9

But what if we’re talking about a “salvation issue?” OK. You already know how I feel about the term “salvation issue.” Besides, in this Romans context, Paul never once categorizes the issues and practices in terms of saving or condemning anybody. “Disputable matters” seems to be almost anything about which Christians might argue. And, in Paul’s words, Christians should keep those beliefs and practices between themselves and God.

“As one who is in the Lord Jesus, I am fully convinced that nothing is unclean in itself.” ~Romans 14:14
“Let us therefore make every effort to do what leads to peace and to mutual edification.” ~Romans 14:19
“Whatever you believe about these things keep between yourself and God.” ~Romans 14:22

Paul clearly identifies himself as one of the strong — he says it: “We who are strong!” But let’s notice that he doesn’t say the weak need to change their minds or their opinions or their practices. These Christians who disagree with him on church traditions and worship practices? He doesn’t call on them to change. In fact, Paul goes so far as to command them not to change their practices unless their minds are fully convinced.

Paul’s prayer is not that all the Christians in Rome come to the same opinion on these things. No. He’s praying that they may possess a unity of Spirit that transcends their differences.