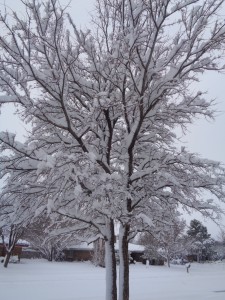 I don’t think she was named for the long time news anchor at Channel 8 in Dallas. Until twenty-four hours ago, Iola Johnson was the only Iola I’ve known. But the winter storm that blew through here overnight dumped twelve inches of light, fluffy, beautifully wet snow on the Texas panhandle, canceling work and school for everybody in our family except Whitney. United Supermarkets doesn’t close for snow.

(This paragraph contains some theological humor. Very little theological humor.) The  light mist began at around lunch time yesterday, at which point Howard Griffin at First Presbyterian and Burt Palmer at Polk Street United Methodist informed us they were canceling all their Wednesday evening programming. At about 3:30, just as the rain was first starting to turn into snow, Howie Batson texted, “First Baptist is going ahead with our regularly scheduled classes and meetings tonight. The Methodists have always been too afraid of water.” Burt, of course, was quick with his reply: “If we were guaranteed it would only be a sprinkling, we would have stayed with our schedule!” 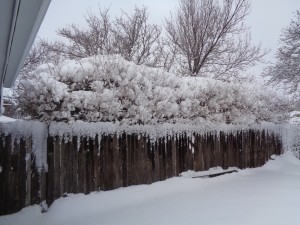 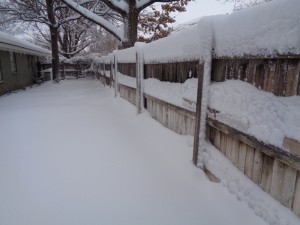 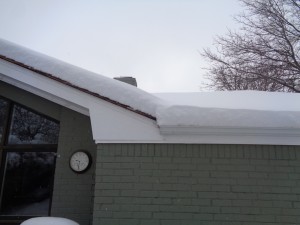 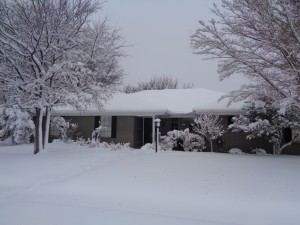 No, it wasn’t a sprinkling. All of Amarillo was baptized in the white stuff. I think the entire panhandle, from Dalhart to Childress received at least eight inches. And today, as the last little bits of tiny flakes move through, there is absolutely no wind at all. None. It’s just as still as can be. Perfect for playing outside. I just finished shoveling our massive driveway so I can get out to the alley to take Whitney to work. Carley’s already out there building a snow-rabbit for some reason. Later we’ve promised to build the biggest snowman either one of us has ever seen. Maybe. 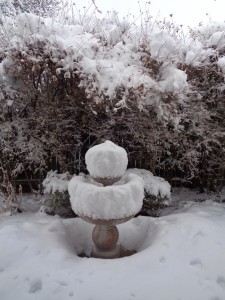 The pictures on this post are mainly for my dad. Mom, I’m sure you’ll have to print them off and hand them to him.