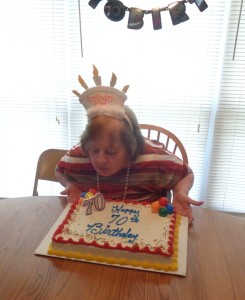 We spent all weekend behind the Pine Curtain in Liberty City celebrating my mother’s 70th birthday. As our children get older and our schedules become less predictable, getting the entire family together is becoming more and more difficult. But it’s always worth it. Dad grilled burgers in the rain, we played football and Frisbee and board games, we ate a ton, laughed a lot, and worshiped together as a big family yesterday morning at the Chandler Street Church of Christ in Kilgore.

The highlight for Carley was probably getting to drive the Impala. My dad owns a fully restored 1960 Chevrolet Impala that belonged to my grandfather. It’s a beautiful turquoise head-turner: huge fins on the back, wide whitewall tires, rocket-style tail lights, wrap-around windshield, add-on AC, and plenty of chrome. The younger kids all wanted to go for a ride and, somehow, they returned to the house with Carley behind the wheel. I’m not sure how she talked her grandpa into letting her drive, but it was pretty cool. 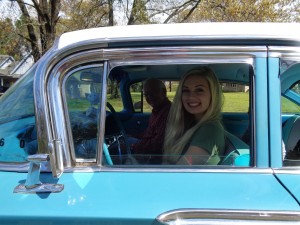 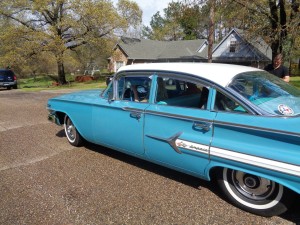 I received an email from Jerry Taylor last week. Totally out of the blue. Completely unexpected. No context. No explanation. Just a couple of short sentences from a great man of God whom I respect and admire.

That was it. Nothing else. Short. Simple. Yet penetrating. And provocative. 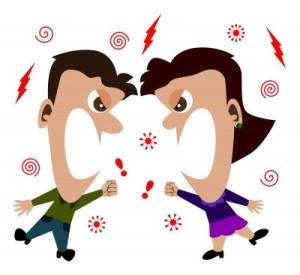 I wonder about those in the United States who declare themselves to be Christians and, at the same time, are personally and emotionally invested in the race for president. As the shouting grows louder, as the insults become more pointed, as the fear tactics reach ridiculous levels, how do Christians participate in the process without personally joining and even contributing to the rancor of the political campaigns? I’m sure it’s possible; I just wonder how. It seems to me it would be maddeningly difficult.

Is there even one political YouTube video you can recommend that only builds others up without tearing anybody down? Is there even one political email you can forward that only encourages people without insulting or disparaging others? If you put a candidate’s name on the back of your car, are you telling everybody that you agree with that candidate’s position on everything and that you stand by his or her tactics? It must be really difficult for a Christian to engage this thing and still hold true to our calling as ambassadors for Christ.

I’ve been thinking about the opening lines of an ancient prayer that’s been attributed to St. Francis. The prayer petitions God to empower the one praying to be an instrument in the world of God’s peace. The one praying is asking God to work through him to show the world a different way

I’m sure I’m not the only one who’s getting the forwarded videos and emails, who’s thrust into the conversations at meal times, who’s bombarded with the rhetoric while waiting in line at Wal-Mart or while I’m getting my oil changed. How do you answer that hateful email? How do you reply to the mean-spirited video? How do you respond to the insults that disparage entire groups of people?

What it requires is discipline. Diligence. A refusal to join the rage. A commitment to combat the evil with love and grace. A constant awareness. A continuing asking of the question: Am I acting as an instrument of God’s peace?

Christians have to be intentional about sowing love where there is hatred. We must carefully choose words that build up, never injure; we must speak to forgive, never to hurt. We have to look through the lens of Christian hope in the face of so much despair. We must be full of joy when so many around us are filled with hate. And it’s not going to happen accidentally. We have to do this on purpose.