I Am the Good Shepherd 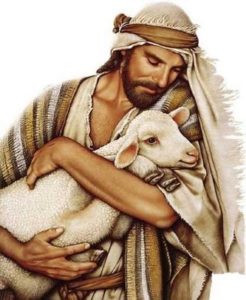 Almost two centuries before Jesus was born, Judas Maccabeus put together a Jewish militia and fought the Syrians who had taken control of Jerusalem and had desecrated the temple. Antiochus IV Epiphanes had established Zeus worship inside the Lord’s temple, including the daily sacrifice of pigs. The Maccabean revolution was a bloody three-year struggle that resulted in Jewish oversight of Jerusalem and the rededication of the temple to the Lord. You can research the origins of Hanukkah or the Feast of Dedication to get the full story. But on the 25th day of Kislev, in the year 165 BC, the temple was rededicated and Ezekiel 34, the passage about Israel’s shepherds was read aloud.

The eight day celebration was not just about rejoicing in God’s great deliverance. It was also a time to reflect on the events that led up to those awful years in Israel’s history. It was a time to ask questions about failed leadership, hard questions about Israel’s bad kings or, as they’re called in Scripture, false shepherds. How did the leadership of God’s people lose its way so badly? Where were the shepherds? And how must we shepherd our people today?

Since that day in 165 BC, Ezekiel 34 has always been a part of the worship liturgy for the Feast of Dedication. In John 10, we’re told explicitly that Jesus attended these worship assemblies.

“Then came the Feast of Dedication at Jerusalem. It was winter, and Jesus was in the temple area walking in Solomon’s Colonade.” ~John 10:22-23 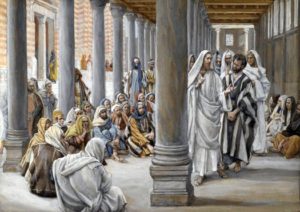 You can bet Jesus heard the readings just like everybody else. And, yeah, Jesus knew about lousy leadership and sorry sheep. So did a lot of God’s people listening to the readings. The man who pays three-fourths of his wages every month to his neighbor who’s paralyzing him with outrageous interest rates. The lady who’s not allowed to come all the way in because she’s divorced. The couple who gets told “You don’t dress right or talk right or act right and why don’t y’all find another temple to worship in!” Ask the woman at the well if she felt like people were staring at her. Ask the lady at Simon’s house if Simon acted like a jerk when she showed up at his dinner party with his well-connected friends. Ask the man in the Gerasenes who was driven away by his own brothers and sisters and chained to a tombstone. Ask the crippled man at the healing pools who always got pushed out of the way by people who were also crippled — just not as crippled as he was. And they all hear the Scriptures being read at Hanukkah. They hear it ever year. God says, “I myself will be their shepherd.”

And the people say, “When?”

Right in the middle of the questions and doubts and hopes and anticipation that someday God himself will personally shepherd his flock, Jesus says, “I am the Good Shepherd! It’s me! I’m here!”

See, in Ezekiel 34, God says I’m going to personally do what the bad shepherds have failed to do. I’m going to do what my people obviously can’t do. God promises to personally intervene. God says you don’t strengthen the weak or heal the sick or bandage up the injured. You have not brought in the strays or searched for the lost. But I will! I will bandage up the injured and strengthen the weak! I will search for the lost and bring back the strays! God’s solution to the long history of lousy leaders and sorry sheep is not a new model, not a new system. He replaces the bad shepherds with the Good Shepherd. God comes to us in Jesus. Christ Jesus comes here to, in his own words, seek and save the lost. He comes here to comfort the weary and heavy burdened, to heal the sick and bring Good News to the poor. Jesus is our Shepherd, fixing things, restoring things.

Jesus knows how to afflict the comfortable and comfort the afflicted. To those who rely on their own righteousness, those of us fat sheep who’ve been doing this church thing for decades and think we have all the answers, Jesus rips away all the excuses and he forces us to see our desperate need for him and the Gospel. He says, “I Am the only way, I Am the only truth, and I Am the only life! No one comes to the Father except through me!”

To those who are burdened and marginalized, Jesus pulls them to God. He shows that God does not delight in their death, but he begs them to come to him for eternal life. He makes it clear that there is a place in God’s flock for all weak and sinful sheep. “Come to me, all you who are weary and burdened, and I will give you rest. Take my yoke upon you and learn from me, for I am gentle and humble in heart, and you will find rest for your souls.”

The Lord Jesus Christ is our Shepherd. He is bold and courageous and single-minded in his mission to seek and save the lost, to restore the lost sheep of Israel. And he’s so committed to it — he’s so committed to us, his sheep! — that he lays down his life for us. He dies for us. He stands in the gate — he is the gate! — between us and the ravenous wolves and murderous robbers who would destroy us. He’s unwilling to sacrifice even one of us to the enemy. He would die first. 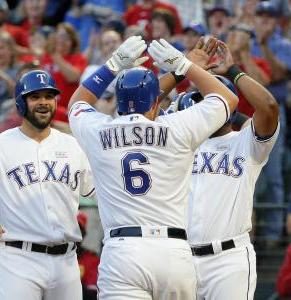 Another walk off win. A two-out, two-run, game-winning double in the bottom of the ninth. The 45th come-from-behind win for the Texas Rangers this year. And the magic number is down to six.