Husband of One Wife 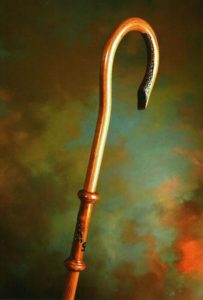 For a church elder, WHO he is is much more important than WHAT he is. We respond to our shepherds because of their great Christian character, not because their names are on the back of the bulletin or because they lead the prayers at the end. The New Testament never instructs God’s people to follow a leader because he holds an office or a title. It has everything to do with his character and his life.

That’s what we have in those two lists in 1 Timothy 3 and Titus 1. These are the marks of Christian maturity. These are the distinguishing traits of someone who has grown in Christ and experienced the life-changing power of the Lord. Their character, their consistency, is above reproach. Not perfect — that’s not what this means. If elders had to be perfect, we wouldn’t have any elders. Blameless, above reproach, means that nobody can legitimately accuse them of any conduct which is not fitting a mature disciple of Christ. It means these qualities should exist in a man’s life to such a degree that they should stand out as the kind of man he really is. It’s clear. He’s a model of Christian maturity.

Now, we have a tendency to view these lists as narrow, legalistic qualifications. We use these lists sometimes like a grid, holding it up to each elder candidate to see if he fits, to see if he checks all the boxes. Even then, we’re generally more concerned with two or three of the character traits than we are the others. And I want to specifically address two of these today and tomorrow and attempt to put them in their proper perspectives.

“Husband of one wife.” You find this exact same phrase in both of the lists, both times immediately after the general descriptive term “blameless” and “above reproach.”

The original Greek text in both lists is mias gunaikos aner. Literally translated it’s “of one woman/wife, man/husband.” Yeah, this is weird for us English speakers because gunaikos can mean woman or wife, depending on the context, and aner can mean either man or husband, again, depending on the context. It’s like the German herr can mean man or husband or sir or lord, depending on the situation. Frau can mean wife or woman, depending on when and where and about whom it’s being said. You’re not sure until you understand the context. The only thing I can point to in English that might be close is when we pronounce somebody “man and wife” at a wedding; you know that “man” means “husband” because we’re at a wedding.

For me, “husband of one wife” is the best English translation. But it’s just as possible and just as correct to translate it “man of one woman” or “man with one woman” or “a one-woman man” or just “faithful to his wife.”

That’s the way many English translations render this:

For the Central church, this is our understanding and this is how we apply it: is he currently faithful to his present wife? This fits with the Scriptures and with the function of an elder much better. And it fits much more faithfully to the grace and forgiveness of the Gospel of Jesus than saying any divorce, no matter how long ago and no matter the reason, disqualifies a man from being considered as an elder. Divorce is not an unforgiveable sin — it never has been — no more than if a man at one point in his past had an issue with violence or greed. It doesn’t disqualify him from being an elder today.

Now, this doesn’t mean that the circumstances of a man’s past divorce are irrelevant. If he sinned in his marriage, he might fail some other qualities like blameless, loves what is good, self-controlled, holy, disciplined. Maybe. It needs to be vetted. Is the divorce a past sin that’s been confessed, repented of, and forgiven? Are those sins evident in the man’s life today or is he known as living proof of the Holy Spirit’s transforming power? Is his life an evidence and an example of faithfulness, of a heart saved and changed by God in Christ? Those are the concerns.

Marital faithfulness is a virtue. It has little to do with going through a divorce a long time ago. It has nothing to do with being married twice due to divorce or death. Those things do not reflect on the current Christian character of a candidate.