Green Acres is the Place to Be 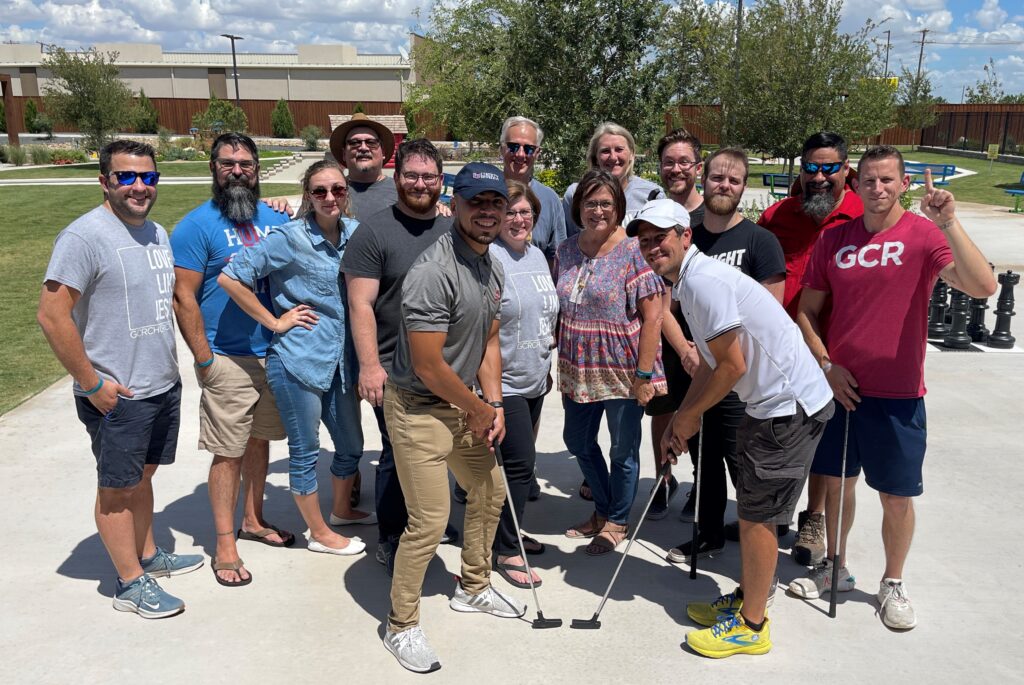 Congratulations to Brandon Meeks who took the championship in our GCR staff miniature golf outing yesterday afternoon at newly-renovated Green Acres Mini Golf. I was fortunate enough to be playing in Brandon’s group and was able to witness first-hand his unique combination of athletic gift, exquisite skill, and gritty determination. And his ability to putt a golf ball up a metal ramp and through the swinging doors of a little windmill.

While Brandon was making noise with his scorecard, Tim Neale was making noise – literally – all over the course. He hit six holes-in-one throughout his round, prompting huge roars of approval from within his foursome and anyone else who happened to be near. The problem is that Tim also scored at least half a dozen “sixes,” the highest tally allowed on each hole. He’s like the baseball player who leads the division in both home runs and strikeouts. I reminded Tim that those are the guys who get traded to the Rangers. 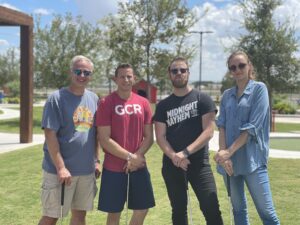 Thanks to Jason Allen for organizing this quarterly staff get together and team building outing. I picked up some extra slang and learned a little more about what makes my co-workers tick. Putting Andrew, Cory, and Mauri in the same group guaranteed we’d all be finished a half hour before they were – that was a mistake. And somebody needs to explain to Jessie the difference between trash talk and godly encouragement.