Great Power for Us 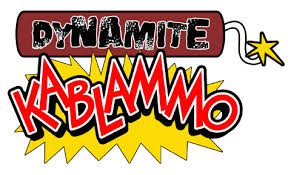 “…his incomparably great power for us who believe. That power is like the working of his mighty strength, which he exerted in Christ when he raised him from the dead and seated him at his right hand in the heavenly realms, far above all rule and authority, power and dominion, and every title that can be given, not only in the present age but also in the one to come. And God placed all things under his feet and appointed him to be head over everything for the church, which is his body, the fullness of him who fills everything in every way.” ~Ephesians 1:19-23

Scripture goes out of its way, the apostle Paul goes to great lengths, to explain to us disciples just how much power we have in Christ Jesus, our risen and coming Lord. Christianity is a religion about power. Eternal power. Dynamic power. Powerful power. It’s like Paul pulls out his college Thesaurus, the one his parents gave him that weekend he was accepted into Gamaliel’s school, and conjures up every possible word for power — rule, authority, power, dominion, title — and says Christ is more powerful than all of it. Come on, Paul seems to be saying, just try to think of the most powerful thing in the universe. Now multiply that by ten billion. And Christ is still more powerful! Every power that’s ever been and ever will be, every title that’s ever been given and ever will be, every government, every political structure, every economic system, every industrial complex, every biological reality, every financial authority, every historical rule, Christ dominates it! Every single power that has ever existed and will ever come about, real or imagined, human or spiritual, temporal or eternal — – they are all subject to our Lord!

And we don’t get it. If we do, it seems to be only in the logical, cerebral sense, not in the practical application sense.

No wonder this is the focus of Paul’s great prayer that opens up his letter to the churches around Ephesus. I want you to know this power, Paul prays. I want you to understand it, to grasp it, to really own the mind-blowing truth that the exact same Holy Spirit power that brought Jesus out the grave to reign at the right hand of God is the exact same power we all have in us and at our disposal as his disciples.

The New Testament doesn’t really go into deep discussions about the powers and power structures of the world except to remind us that they are all in subjection to our King. Paul doesn’t seem worried about the powers at all. He shows little interest in them, other than to say, “They’re all defeated in Christ Jesus!” Sometimes he mentions that the victory was won at the cross. Other times he claims it happened on that Sunday morning at the garden tomb. But he doesn’t overly concern himself with what’s happening in Rome or in the local city hall. Christ reigns! Jesus is Lord!

So, if this is true…

And if, as Paul writes, the church really is the fullness of Christ, then we don’t have to worry that we’re missing out on something. We don’t have to concern ourselves with other disciplines or traditions from the other side of the globe, with formulas or superstitions from down the street, or with secret knowledge or unrevealed mysteries from another realm. We’re not missing anything. In Christ Jesus, we have everything!

No wonder Paul prays that we would grasp it.

“I pray that the eyes of your heart may be enlightened in order that you may know…!” ~Ephesians 1:18

Now, what would happen if we really believed all that? The gates of hell tremble at the thought.