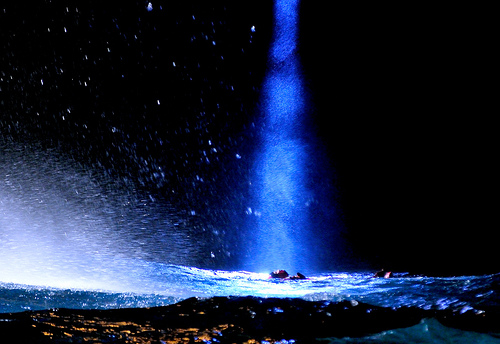 Have you noticed in Scripture that grace always comes before law? It’s a pattern that we find from Genesis through Revelation and on into the maps. It’s always grace first, law second.

God creates man, gives him a loving partner, puts him in charge of everything in the beautiful garden, provides for his every need, and then gives the instructions regarding the trees. God rescues Noah, he saves Noah and his whole family through the un-creation of the flood, and then he establishes his covenant with its commands. God delivers Israel from Egyptian bondage, he walks them through the middle of the Red Sea on dry ground, he destroys all their enemies, and then he gives the law to Moses on the mountain.

Jesus heals the leper and says now go offer the gift. Jesus cleanses the demon possessed man and says now go tell your family how much the Lord has done for you, how he’s had mercy on you. Jesus rescues an adulterous woman from her executioners, he saves her, and then he says now go and leave your life of sin.

The Christmas trees don’t go up in WalMart until after Halloween. The kids don’t spill red Kool-Aid in the living room until after you’ve had new carpet installed. Jerry Wayne doesn’t sign a free agent player until after that player has commited at least one felony. And our gracious heavenly Father doesn’t give any commands until after he saves us.

Shouldn’t that be our model for our interactions with one another?

Show uncompromising grace first, ask questions later. Exhibit steadfast loyalty first, expect friendship later. Act with unquestionable love and consideration first, work on the relationship later. Forgive and rescue and hug and encourage and pardon and protect and die for others first. And let our righteous God take care of the rest. Later.

Yes, I saw the doctored picture Darryn Pope showed in class yesterday. The one time I miss Bible class to take care of some pastoral duties, I hear about this picture. He’s emailed it to me. I think he’s actually proud of it in a sick way. He claims it has something to do with some point about Paul’s first letter to Timothy. I wonder. I share this unfortunate picture with you here. To the PowerPointMinister: let’s don’t ever let Pope in that booth in the worship center. Ever.