God Is Using You 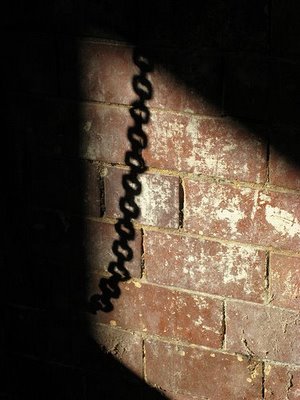 Paul writes his letter to the Philippians from prison. He’s chained to the guards in Rome. He’s awaiting a trial that could result in his execution. He doesn’t know if he’s going to live or die. On top of all that, there are other preachers in Rome who are bad-mouthing him. Paul’s brothers and sisters in Philippi are worried about him. They’ve sent money and supplies to him in Rome. They’ve sent Epaphroditus there to check on him. They want to know, “Paul, how are you doing?”

“Now I want you to know, brothers, that what has happened to me has really served to advance the Gospel.” ~Philippians 1:12

Paul’s identity is in Christ and his focus is on the Gospel. That’s what shapes and informs Paul’s perspective. Paul comes at everything — EVERYTHING! — from the perspective of what God is doing to redeem the world. Paul sees everything — EVERYTHING! — from the perspective of how God’s using him to accomplish that redemption. And because of this, Paul’s able to rejoice. He sees things the way the Lord sees things. He thinks about things the way God thinks about things.

Paul knows that the same same God who used Moses’ rod and David’s sling and Gideon’s pitchers and Joshua’s trumpets and a Roman cross and an empty tomb is now using Paul’s chains. And our God is doing the same thing today in your life, too. He’s using your chains. He’s using your weakness. He’s using your circumstance. Your illness. Your financial situation. Your house. Your relationships with others. God’s using all of those things to redeem those around you.

God is using the very things that right now may have you feeling trapped. God is very aware of those things that make you feel stuck or imprisoned. And he’s using them. He’s using you right now to advance the Gospel!

You do see that, right?